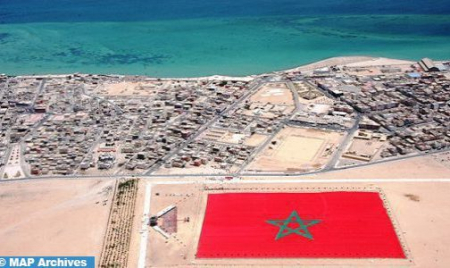 The Fourth Committee of the UN General Assembly adopted, Friday, a resolution reiterating its support to the political process conducted under the exclusive auspices of the United Nations for the settlement of the regional dispute over the Moroccan Sahara. The resolution calls on all parties to cooperate fully with the UN Secretary General and his personal envoy to achieve a political solution to this regional dispute on the basis of resolutions adopted by the Security Council since 2007. It thus supports the political process based on the 18 resolutions of the Security Council since 2007, with a view to achieving a “just, lasting and mutually acceptable political solution” to the question of the Moroccan Sahara. The text praises the efforts made in this direction, and calls on all parties to cooperate fully with the Secretary-General, and with each other, in order to achieve a “political solution that is mutually acceptable”. This resolution, like its predecessors and those adopted by the Security Council over the past two decades, makes no mention of the referendum, which has been dead and buried by the UN Secretary-General, the General Assembly and the UN Security Council. The UN General Assembly also welcomes in this resolution the commitment of the parties to continue to show political will and to work in an atmosphere conducive to dialogue, based on the efforts made and the developments since 2006, thus ensuring the implementation of the Security Council resolutions since 2007. It should be noted that the only new development in the political process since 2006 is the presentation by Morocco on April 11, 2007 of the autonomy initiative. In this regard, the text supports the resolutions of the Security Council since 2007, which have enshrined the pre-eminence of the autonomy initiative presented by Morocco, welcomed by the executive body and the entire international community as a serious and credible initiative for the final settlement of this regional dispute within the framework of the sovereignty and territorial integrity of the Kingdom. The text also supports the recommendations of resolutions 2440, 2468, 2494 and 2548, enshrined in resolution 2602, adopted on October 29, 2021, which determine the parameters of the solution to the regional dispute over the Moroccan Sahara, namely a political solution that is realistic, pragmatic, sustainable and based on compromise. Resolutions 2440, 2468, 2494, 2548 and 2602 have enshrined the roundtable process and defined, once and for all, its four participants, namely Morocco, Algeria, Mauritania and the polisario. Indeed, resolutions 2440, 2468, 2494, 2548 and 2602 mention Algeria, as well as Morocco, on five occasions, thus reaffirming the role of Algeria as the main party in this regional dispute. These Security Council resolutions also commend the measures and initiatives taken by Morocco for the promotion and protection of human rights in its southern provinces, and the role played by the National Human Rights Council Commissions in Laayoune and Dakhla, as well as Morocco’s interaction with the mechanisms of the UN Human Rights Council. They also reiterate the request of the UN executive body for the registration and census of the populations of the Tindouf camps, and demand the deployment of the necessary efforts to this end. This resolution of the 4th Committee of the General Assembly makes no reference to a so-called imaginary war that Algeria and its puppet “polisario” claim to exist in the Moroccan Sahara. Thus, after the Security Council, the Committee exposes, in turn, the lies and fabrications of Algeria and “polisario” about the situation in the Moroccan Sahara marked by tranquility, stability and development.