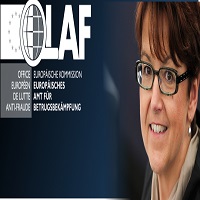 The European Union “finances the Polisario, while European funds should not be used to that end,” said the President of the European Parliament Budgetary Control Committee, Ingeborg Grassle, in Brussels on Monday.

Commenting on the damning revelations of the European Anti-Fraud Office (OLAF) regarding the diversion by Polisario leaders and Algerian officials of the EU humanitarian aid initially destined to the populations in Tindouf, Ingeborg Grassle described the case as “a scandal.”

Addressing a meeting of the Budgetary Control Committee, the German MEP from the European People’s Party Group said the OLAF report “has unveiled that the EU is funding the Polisario, while European funds should not be used for that purpose.”

“All the EU believes it is doing in good faith in favor of the populations of Tindouf is diverted,” she said, adding that it is” outrageous to force the Tindouf camps populations to pay for goods that are donated by the EU part of humanitarian assistance.”

Since 1975, the EU has been donating to the Tindouf camps populations a yearly humanitarian assistance worth nearly one million euros.

Following the OLAF revelations, the European Parliament has urged the EU to adapt the assistance to the real needs of the populations sequestered in Tindouf.

“The EU must urgently adapt the assistance to the real needs of the Tindouf populations in order to put an end to all kinds of trafficking and diversion of humanitarian aid,” urged the German MEP Ingeborg Grassle.

In its report made public late January at the initiative of the European Ombudsman, OLAF reveals that a significant part of the EU aid has been systematically diverted for several years as soon as the cargoes arrived in the Algerian port of Oran.

According to the OLAF report, the diverted aid is sold by Algerian senior officials and the Polisario leaders, who were overestimating the number of refugees to get more assistance.

To maintain the flow of this assistance, Algerian rulers and the Polisario leaders have repeatedly rejected the organization of a census of the Tindouf population.