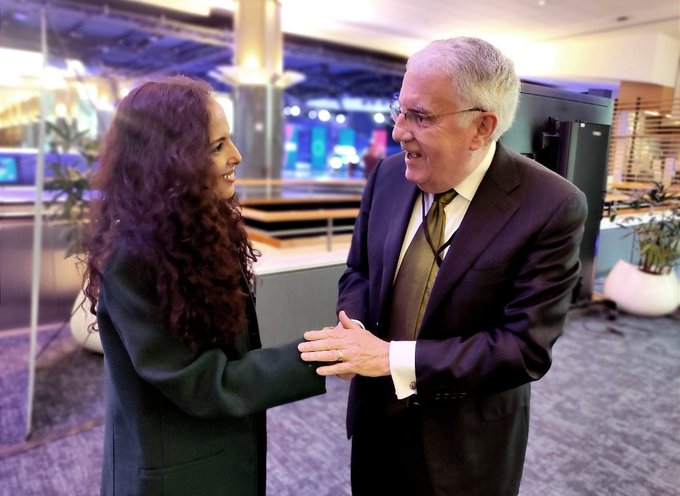 TV channel I24News has broadcast a heartbreaking report on the recent visit of Ms. Khadijatou Mohamed Mahmoud to the European Parliament in Brussels, where she recounted her rape by Brahim Ghali, chief of Polisario armed militia, funded, armed and sheltered by Algerian regime.
During a public hearing on “Sexual violence and rape as abuses of power” organized by the Parliament Committee’s Women’s Rights, Khadijatou gave a disturbing and painful testimony in presence of several European MPs on her ordeal she is still suffering as a consequence of her rape at the age 18 by Brahim Ghali.
The rapist must be held accountable and pay for the crimes he committed in the tindouf camps, she said, noting that no one is above the law.
Khadijatou said she was brutally raped by Brahim Ghali in 2010, when she went to the so-called Polisario embassy in Algiers to get an exit permit from the Tindouf camps to travel abroad.
The Sahrawi woman called on European MPs and rights defenders to support her case and mobilize to bring the rapist to justice for his sexual assault from which she is still suffering a deep psychological, emotional physical trauma.
Khadijatou is one of several other Sahrawis suing Brahim Ghali in Spain for rape, kidnapping, torture, and forced disappearance.