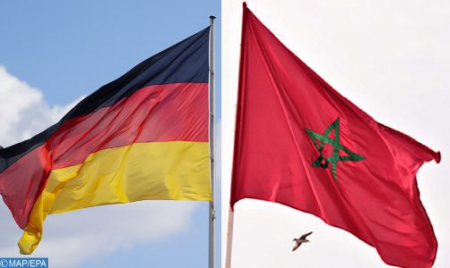 Morocco and Germany have agreed to strengthen their operational cooperation in the fight against terrorism and cross-border extremism, in addition to cross-border and organized crime. According to a statement released by National Police (DGSN), following a joint security committee meeting, the scope of this cooperation also includes the fight against drug trafficking, illegal migration and smuggling of migrants, human trafficking, cybercrime and document fraud. This cooperation is based, in accordance with the national legislation of both countries, on the exchange of best practices and mechanisms for the early detection and identification of pathways to extremism and recruitment, as well as the movement of fighters into the ranks of terrorist organizations. This joint committee was established following the common desire to contribute to strengthening cooperation in various security areas to improve the security of both countries and their citizens, further notes the statement. This committee was created to implement the recommendations discussed at the meeting between Morocco’s National Security and Territorial Surveillance Director General (DGSN/DGST) and the Bundespolizeipräsidium (German Federal Police) President on June 10, 2022 in Morocco. This joint security committee is composed of the Pole of international police cooperation at the DGSN and Liaison Officers assigned to the Embassy of the Federal Republic of Germany in Rabat, according to the same source. During this meeting, the parties also agreed on the imperative to strengthen cooperation in technical assistance to develop expertise through training to improve the knowledge and skills of police officers in various security areas. Both sides agreed, with the firm belief and willingness to move forward, to strengthen and develop in the future these areas of cooperation, in accordance with the aspirations and commitments of common interest, and to protect against all threats to the security of both countries and their citizens, concludes the statement.