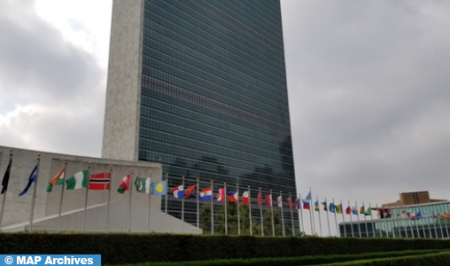 Morocco’s pioneering role in resolving the Libyan conflict, in accordance with HM King Mohammed VI’s High Guidance, were highlighted on Monday in a UN Security Council meeting devoted to recent developments in Libya. UN Secretary-General Special Representative for Libya Abdoulaye Bathily, together with several Security Council members, welcomed the meeting, held in Rabat, between Libyan High Council of State Chairman Khaled Meshri and Lower House Speaker Aguila Saleh. They further emphasized the importance of the agreements reached in the Rabat meeting, held last Friday, concerning the implementation of provisions related to the positions of sovereignty and executive power unification. In this respect, Bathily voiced his intention to meet with the main leaders of the Libyan House of Representatives and the High Council of State on the basis of the commitment announced last Friday in Rabat, in relation to preparing for the elections, as soon as possible. Furthermore the meeting was commanded by several countries, including the United Arab Emirates, Russia, Mexico, Albania and Brazil, who all thanked Morocco for its efforts in resolving the Libyan crisis and saw tangible progress in the Rabat meeting. The Security Council is expected to adopt a resolution this Friday on the renewal of the mandate of the United Nations Support Mission in Libya (UNSMIL).