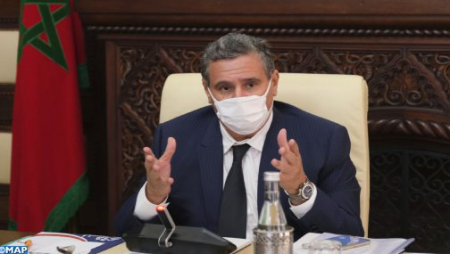 Head of Government Aziz Akhannouch on Monday presented the key achievements of the first year of government management and its priorities for 2023. Responding to a question during the monthly session of public policy in the House of Representatives devoted to the 2023 Finance Bill, Akhannouch said that the Kingdom has taken up several key challenges. These consist in starting the implementation of the Royal Vision for the generalization of social protection, achieving tangible progress in the reform of health and education and continuing the implementation of structuring projects. The Executive is also committed to mitigating the impact of rising prices on the purchasing power of citizens, strengthen public investment and stimulate private investment, while ensuring the balance of public finances, added the head of government. In the continuity of the measures taken in 2022, the government has planned, in 2023, “structural measures to support families and businesses, in application of the Royal Vision and the electoral commitments of the majority parties, which became government commitments after the elections of September 8, 2021”, he stressed. One year after its inauguration, the government “is implementing all its commitments, with a tangible impact felt in every home and family,” insisted Akhannouch, saying that his cabinet “works to consecrate fiscal civic and investment governance in order to strengthen social cohesion” and remains “despite the difficulties posed, optimistic about building a Morocco of progress and dignity. The government is working to strengthen the foundations of the social state at different levels through rapid and targeted interventions to support citizens, said the head of government, highlighting 10 new measures provided in the Finance Bill to improve the living conditions of broad categories of society.