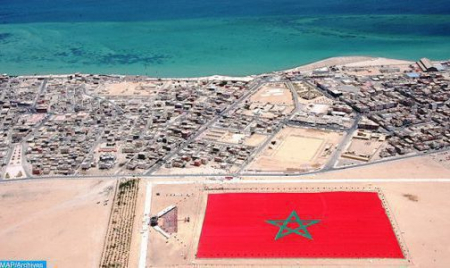 The Union of Comoros reiterated, in New York, its “full” support to the Moroccan autonomy initiative, calling it “the compromise solution” to resolve the regional dispute over the Moroccan Sahara. “My country supports the autonomy initiative because it is declared serious and credible by the UN Security Council in its successive resolutions adopted since 2007,” said the representative of the Union of the Comoros before the members of the 4th Committee of the UN General Assembly. For the Union of Comoros, the autonomy initiative, which is in conformity with international law, the UN Charter and the resolutions of the UN Security Council and General Assembly, is the compromise solution to this regional dispute. While welcoming the efforts of the Personal Envoy of the UN Secretary-General for the Sahara Staffan de Mistura, who “spares no effort” to facilitate the relaunch of the political process under the exclusive auspices of the UN SG, the Comorian diplomat said his country urges the resumption of the roundtables in the original format with all stakeholders, in accordance with Security Council resolution 2602. He also highlighted the international momentum in favor of the Moroccan autonomy initiative “which has allowed significant progress” in the follow-up of this crucial issue. “It is particularly gratifying to note that at this stage more than 90 countries have expressed their support for the autonomy initiative,” he said. The diplomat also praised Morocco’s sustained efforts to ensure socio-economic development in the Moroccan Sahara, noting that the investments and projects implemented under the new development model launched in 2015 have “enormously” contributed to the empowerment of local populations and the improvement of human development indices in the region. He also welcomed the opening by his country of a consulate in Laayoune, commending the growing number of general consulates of Arab, African, American and Asian countries and the large number of international organizations that have come to settle in the Kingdom’s southern provinces. “This presence is intended to strengthen the economic and social opportunities in the Moroccan Sahara which is a real hub for development and influence of this region at the Mediterranean, Atlantic and African levels,” the speaker added. Stressing Morocco’s “substantial” achievements in the field of human rights welcomed by the Security Council resolutions including 2602, the Comorian representative also highlighted the strengthening of the role of regional commissions of the National Council for Human Rights in Laayoune and Dakhla. He also welcomed the respect by Morocco of the ceasefire in the Moroccan Sahara and its full and continuous cooperation with the Minurso, while calling on the other parties to return quickly to the ceasefire “because the security and stability of the whole region depends on it.” Referring to the violations of fundamental rights, especially of women and children, in the Tindouf camps, the Comorian diplomat called for all measures to be taken as soon as possible to register these populations, in accordance with international humanitarian law, the mandate of the Office of the High Commissioner for Refugees (UNHCR), the recommendations of the UN Secretary General and all Security Council resolutions.