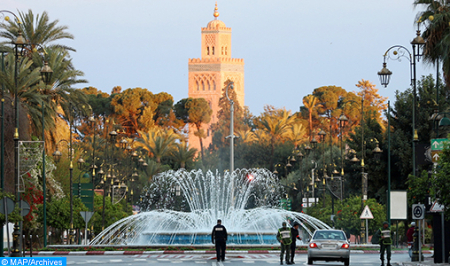 The Kingdom of Morocco will organize, in collaboration with the Open Government Partnership (OGP), the 2022 OGP Africa and Middle East Regional Meeting on November 1-3 in Marrakech, under the High Patronage of HM King Mohammed VI. This event will bring together leaders of open government and stakeholders in the Africa and the Middle East region, including key international partners, to strengthen the collective ambition, energize the community and exchange experiences, with the aim of promoting the OGP’s founding values, in particular the transparency of public action and its openness to new forms of consultation and collaboration with civil society, relying in particular on digital and new technologies, the Ministry of Digital Transition and Administrative Reform said in a statement. This year’s meeting will focus on leveraging “open government” approaches to strengthen public service delivery in the region, the statement said, adding that participants will share experiences and best practices in the areas of digital innovation, access to justice and civic participation. This regional and continental meeting, whose opening session will be chaired by the Head of Government Aziz Akhannouch, is organized by the Ministry of Digital Transition and Administrative Reform and all partners. It will be attended by government representatives at national and local levels and parliamentarians, activists, civil society representatives and researchers from the Middle East and the entire African continent, including Sanjay Pradhan, CEO of the PGO, and Mo Ibrahim, founder and president of the Mo Ibrahim Foundation. More than 500 people are expected to attend this event in order to discuss the main issues of the development and implementation of inclusive public policies that meet the needs and expectations of citizens in a sustainable manner, according to the same source. The Open Government Partnership is an international initiative launched on the sidelines of the 66th United Nations General Assembly held in September 2011 in New York. This initiative aims primarily to obtain concrete commitments from governments in favor of participatory democracy by putting the citizen at the heart of public management through the promotion transparency, citizen empowerment, the fight against corruption and the use of new technologies to strengthen good governance.