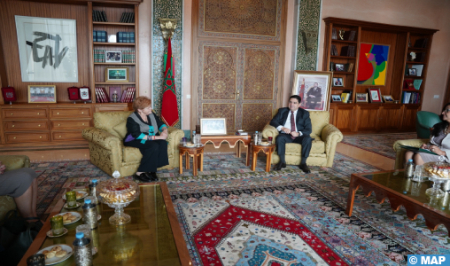 Ambassador Deborah Lipstadt, the U.S. special envoy to monitor and combat Antisemitism, highlighted, Tuesday in Rabat, the role of Morocco as a partner in the fight against antisemitism. In a statement to the press after her talks with Minister of Foreign Affairs, African Cooperation and Moroccan Expatriates, Nasser Bourita, Lipstadt praised the efforts made by Morocco in the fight against “antisemitism, hate and prejudice”. Welcoming the special interest that the Kingdom gives to this fight, the U.S. diplomat said that this interest stems from the place of the Jewish component in the history of Morocco. Currently visiting the Kingdom, Lipstadt took part Monday in a reception organized by the Consulate General of the United States of America in the presence of members of the Jewish community in the Kingdom.