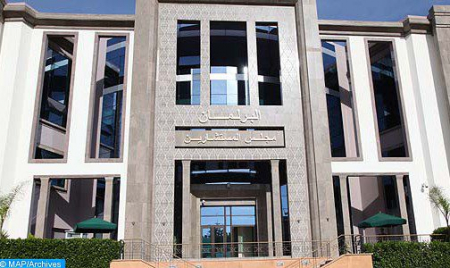 A delegation of the House of Councillors presented, on Wednesday in Brussels, the national strategy and the progress achieved by the Kingdom in the field of renewable energies, including the goal of the national electricity mix set at 52% by 2030. The Moroccan delegation took part in a meeting of the Committee on Political Affairs, Security and Human Rights within the Parliamentary Assembly of the Union for the Mediterranean (PA-UfM), devoted to the examination of recommendations on “the common challenges of the Mediterranean region: cooperation in the fields of energy, food security, peace and stability,” the Upper House said on Friday in a statement. The Moroccan delegation, which consisted of Hind Ghazzali, member of the parliamentary group of the National Rally of Independents and Mohammed Zidouh, member of the parliamentary group of Istiqlal, discussed the consequences of climate change that heavily impact the natural and human ecosystem, calling for the reduction of the ecological footprint of each by adopting a more sober lifestyle and reducing emissions of greenhouse gases, the statement added. The delegation also addressed the issue of water scarcity by highlighting the initiatives undertaken by Morocco, which relies heavily on the development of non-conventional water resources, namely desalination of sea water and wastewater treatment. The two Moroccan parliamentarians also presented the Kingdom’s migration policy, which was designed to help migrants and refugees, adding that this policy has resulted in two campaigns to regularize the administrative situation of illegal foreigners, an unprecedented initiative in the region, according to the same source.