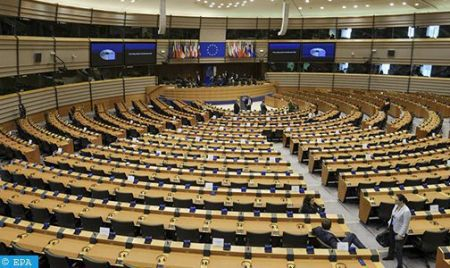 Deeply concerned about the actions of the Algerian regime, which continues its systematic repression of human rights activists and its destabilizing policy throughout the region, the MEPs are multiplying their warnings about the serial violations by Algiers of its association agreement with the European Union. Faced with this situation, many MEPs from different groups in the European Parliament have repeatedly questioned the High Representative of the European Union for Foreign Affairs and Security Policy, Josep Borrell, and the President of the European Commission, Ursula Von Der Leyen. The repetitive, systematic and obstinate nature of Algerian actions requires, according to them, an “urgent and firm” intervention of the European Union as the provisions of the EU-Algeria Association Agreement, signed in April 2002 and entered into force in September 2005, are widely flouted. They cite, for example, Article 2 of the agreement which states that “respect for democratic principles and fundamental human rights established by the Universal Declaration of Human Rights inspire the national and international policies of the Parties and constitute an essential element of the agreement. The MEPs protest, among other things, against the situation of at least 266 activists of the Hirak movement, who “are still languishing in Algerian jails solely for having exercised their right to freedom of expression.” The MEPs noted in a recent letter to the head of European diplomacy that the Algerian authorities “have violently repressed the demonstrations of the Hirak movement.” Several activists and journalists have been arrested “arbitrarily” for peacefully expressing their opinions. Some arrests have resulted in long prison sentences based on the “ambiguous” provisions of the Algerian penal code, MEPs said, also mentioning numerous cases of torture in detention. Respect for the principles of the rule of law, freedom of expression, freedom of assembly and women’s rights must be “a cornerstone of the EU’s external action,” they insisted. In the European Parliament, the belligerent actions of Algiers, in a context of war in Europe, also raise a “deep concern”. The MEPs denounce in particular the “crazy” race of the Algerian regime to the armament and its “double standards”.