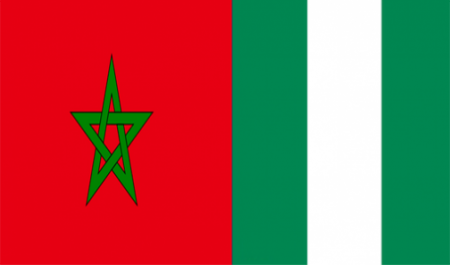 Nigeria is a “very important strategic partner” of Morocco, said the Ambassador of HM the King in Nigeria, Moha Ou Ali Tagma. “It is in Nigeria that Morocco undertakes its largest foreign investments,” Tagma said in an interview published on Friday in the Nigerian daily “Daily Trust”, under the title “Why Morocco Is A Favourite Destination For Nigerians?” HM King Mohammed VI and President Muhammadu Buhari have since 2016 traced the path of what should be the relationship between the two countries, which have all the assets to be a locomotive for Africa, he added. The Moroccan diplomat underlined that the two countries are very close, historically, geographically and culturally and the relationship between them goes back centuries to the time when royalty from Borno, Sokoto and Kano had very deep relations with Morocco, particularly the cities of Marrakech and Fes. On this basis, and because of their similar political and social choices and the imperatives of the economic and social development the two countries had, they built an exemplary win-win partnership, the Ambassador stressed. Responding to a question on the Nigeria-Morocco gas pipeline, Tagma recalled that HM King Mohammed VI said in his last speech on the occasion of the 47th anniversary of the Green March, that the Nigeria-Morocco gas pipeline project, intended for present and future generations, works “for peace, for African economic integration and for co-development.”