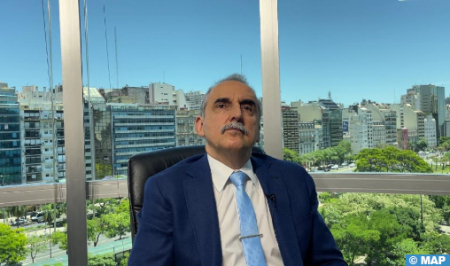 Former Secretary of State for Trade and Communication in Argentina, Guillermo Moreno, praised the role of the monarchy in the social cohesion of Morocco and the preservation of the “Moroccan spirit”. “In Morocco you have a King. And the King is invested with the fundamental mission of maintaining the social cohesion of the Moroccan people,” Moreno said in an interview with the Moroccan news channel M24. For the former Secretary of State and Argentine academic, “the spirit of Morocco is represented by the monarchy. There is a place where this spirit is preserved beyond the territory, and this place is called the monarchy”. “It is true that in Argentina, a country built 200 years ago as a nation, we have a collective national spirit, but we have much to learn from social cohesion” as it is preserved in Morocco, stressed the current Argentine university professor. Referring to the relations of his country with Morocco, and with Africa in general, Guillermo Moreno said that Argentina and Morocco have complementary economies in agriculture and industry. For Argentina, the African continent is a very important market with which “we share the South Atlantic”, especially for Argentine agro-industrial products that have a considerable comparative advantage. Regarding the current economic problems of his country, Moreno criticized the agreement on debt reached last March with the International Monetary Fund (IMF), believing that “the diagnosis was wrong and therefore the remedy will not be effective”. Moreno also pointed to the problem of inflation, which passed the 88% mark at the end of October, while experts predict a three-digit rate before the end of the year.