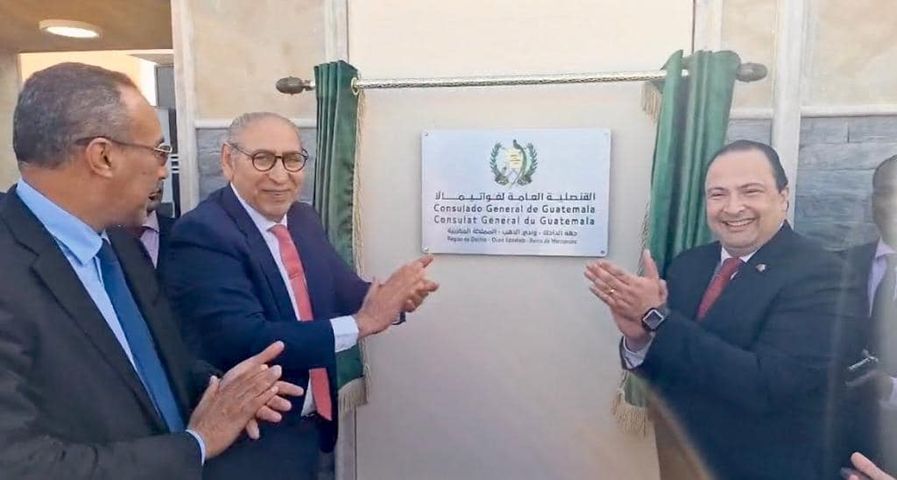 The Republic of Guatemala opened, Thursday, a consulate general in Dakhla, marking its firm support to Morocco’s sovereignty over its Sahara and its territorial integrity. The inauguration ceremony was presided over by Guatemalan Minister of Foreign Affairs Mario Adolfo Búcaro and wali of the Dakhla-Oued Eddahab region, governor of the province of Oued Eddahab, Lamine Benomar, in the presence of many elected officials and consuls accredited to Dakhla. The opening of this new foreign diplomatic representation will bring to 28 the number of consulates opened in the southern provinces (16 in Dakhla and 12 in Laayoune).