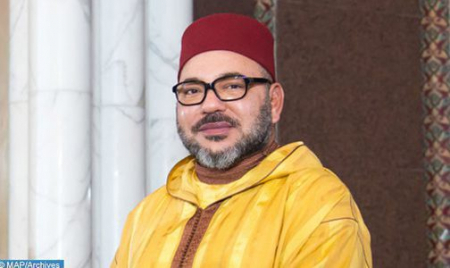 Heads of State have congratulated HM King Mohammed VI in telephone calls following the qualification, on Tuesday, to the quarterfinals of the Moroccan soccer team. HM the King received phone calls from the President of the State of Palestine, Mahmoud Abbas, and the President of the Republic of Gabon, Ali Bongo Ondimba. The Sovereign also received a phone call from His Highness Prince Hassan Ibn Talal of Jordan. In these calls, these Heads of State and HH the Prince expressed their warm congratulations to HM the King following this historic achievement which makes Morocco the first Arab country to reach this stage in a World Cup.