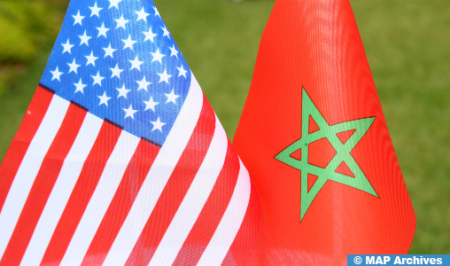 The United States of America and the Kingdom of Morocco have encouraged all Mediterranean and African countries to join the Proliferation Security Initiative (PSI) and to participate in future PSI-related events. In a joint statement issued by the U.S. Department of State and the Ministry of Foreign Affairs, African Cooperation and Moroccan Expatriates following the closing of the PSI North Africa Meeting, held on December 6-8 in Tangier, Washington and Rabat invited “all regional non-endorsers from Mediterranean and African countries to endorse the PSI and participate in future PSI related events.” The Tangier meeting, “the first of its kind in the region”, demonstrated partnership and commitments to countering threats from weapons of mass destruction (WMD) in the region, the same source said. “Over the course of three days, civilian and military leaders from ten governments reviewed WMD proliferation trends, international and domestic legal authorities related to WMD interdiction, and issues associated with detaining and inspecting cargoes carrying suspected WMD, their delivery systems, and related materials”, explained the statement. According to the same source, the Meeting also featured expert briefings, a scenario-based tabletop exercise, and a visit to the Port of Tangier Med to observe a cargo inspection. The PSI was established in 2003 to stop or impede transfers of WMD, their delivery systems, and related materials flowing to and from states and non-state actors of proliferation concern. Thus far, 107 states have endorsed the PSI Statement of Interdiction Principles. In doing so, they have committed to take effective measures to interdict WMD-related transfers consistent with national law and international obligations, adopt streamlined procedures for rapid information exchange, and strengthen relevant national and international laws and frameworks.