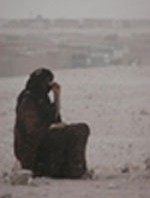 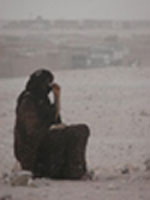 After four rounds of unfruitful direct negotiations between Morocco and the Polisario Frente, impatience starts to gain the sahraouis, anxious to see a political solution ending this conflict which has lasted more than33 years.
Indeed, whereas no new initiative had emerged since the abandonment of the referendum, the Moroccan plan came to bring a perfume of freedom which would blow on the camps of Tindouf managed by the Polisario Frente with the logistical and financial support of Algeria. Because the stakes exceed actually the regional competitions or the strategies of power, it is a true choice of civilization which is offered to the sahraouis living in the camps. On one hand, the Moroccan democracy certainly imperfect, sometimes contracted, but able to do self-criticism, and especially able to propose a real project to populations who suffer, to live in peace.
In the other hand, what do we really know about the Polisario Frente, its capacity to manage a nation, to manage and impel an economic policy? Not much except that it is a movement of guerrilla, resulting from a certain ideology of extreme left in vogue in the Sixties, which did not succeed in achieving its political aggiornamento and to place itself at the height of the aspirations – big – of the sahraoui people?
Indeed, noises of boots and cells being closed again became the sound companions of the sahraouis living in Tindouf, while they aspire to more freedom…