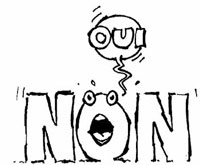 For more than thirty years, Algeria have maintained its hostile positions against Morocco, underestimating the strategic interest of the Sahara for Morocco and the price that this last would pay to keep its territorial integrity.
On January 4, 1989 the deceased king Hassan II of Morocco agreed to receive a Polisario Front delegation in Marrakech in response to a wish of the international community. Meetings and negotiations between Morocco and the separatists has never been interrupted. The movement, which aspires to be recognized as State, during all these meetings, never proofed that it, is capable of affirming its independence from its manipulators.
By “creating” the Polisario Front at the time when the revolutionary slogans were “in”, Algeria knew that an insurrectionary action intended to affirm its socialist principles will be the means of the most effective propaganda. The legal statute of the Sahara territory will remain indefinite then and the problem will be of a population refusing a foreign occupation, Morocco. Self-determination, people, borders etc. these terms became victims of their over employment, and often serve as political ambitions. It is obvious that the more one concept is the object of stakes, the more it causes confusion.
The cohesion of the sahraoui population (originated from an assembly of several tribes), is secured only by a stable and economic environment. The referendum initiated by the UN in the nineties, was a failure because of the difficulties of identifying eligible voters. Everyone agrees today how difficult is to organize a referendum of self-determination, which would be limited to only the sahraouis originated from the territory. Thousands of sahraouis live out of the territory and the number of sequestered refugees in the camps of Tindouf is not determined, according to the figures published by European University Institute.
By refusing to negotiate sincerely with Morocco and giving the impression to do it, Polisario Front is not able to give his authentic view about autonomy.
The guarantee of a larger autonomy status in the Sahara by Morocco could, beyond the inevitable compromise, conclude to an extraordinary chance to build a “great Maghreb”.
Algerian hostility towards the marocanity of the Sahara proves that the latter is the true adversary of Morocco in this business and if there will be any serious negotiations, they should be held between the two nations….