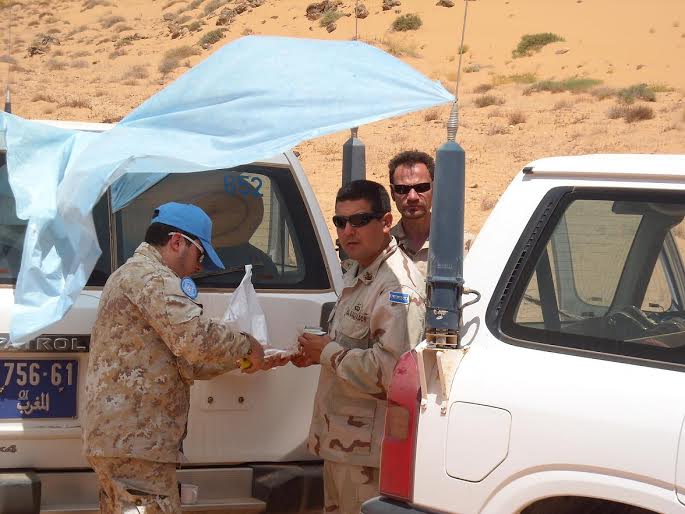 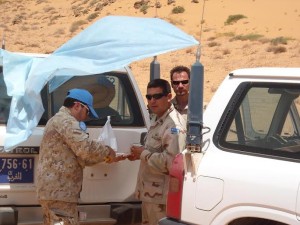 The Polisario Front has started effecting its threats to cut short its cooperation with the UN Mission in Western Sahara “MINURSO.”

The separatist front actually adopted a provocative attitude in retaliation to the Security Council resolution extending for one year the MINURSO mandate without any mention of a possible expansion of its prerogatives to human rights monitoring in Western Sahara.

Furthermore, the resolution, adopted on April 28, exacts that Algiers and its protégé, the Polisario, authorize the holding of a census of the refugees of the Tindouf camps.

In less than a week, two incidents, described as “serious,” occurred between the Polisario armed militias and UN peacekeepers who were on a mission in the buffer zone close to the Tindouf camps.

Polisario militiamen, stationed in the so-called second military zone, intercepted a UN truck, which was conveying food supplies to peacekeepers. They seized the vehicle under the pretext that it had Moroccan plates. Yet in the past, these very MINURSO vehicles used to shuttle without any hindrance between the southern provinces of Morocco and Algerian territory where the Tindouf camps are based.

On Thursday April 30, Polisario militiamen prohibited peacekeepers from accessing the Tindouf camps and ordered them not to leave their helicopter, although it was bearing the UN logo. This time, the militiamen told the MINURSO officials they cannot land unless they show their passports and other travel documents.

After negotiations proved fruitless and as time was passing by, the peacekeepers were forced to fly back to the Hassan I airport in Laayoune (South of Morocco) without fulfilling their mission in Tindouf.

According to a MINURSO officer, based in Laayoune, these provocative acts reflect the disarray of the Polisario leaders and their Algerian mentors following the calls launched by the European Union and the Security Council for a census of the refugees stranded in the Tindouf camps.

This attitude also shows that Algeria and the Polisario have used all means at their fingertips and are now making the peacekeepers a scapegoat for their setbacks at the UN and at the EU.