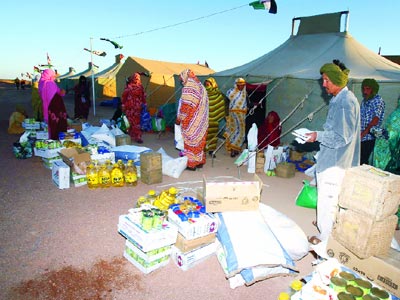 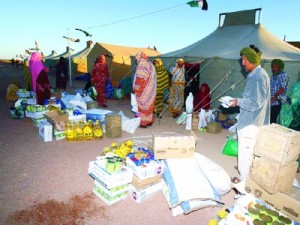 Turmoil is looming on the Tindouf camps where hundreds of residents are getting feverish because the humanitarian aid has drastically dropped since the European Anti-Fraud Office (OLAF) revealed the scandal of the diversion of this aid.

Following the release of the OLAF damning report which unveiled the involvement of Algerian and Polisario senior officials in the organized and massive diversion of European aid, international donors have become more cautious and more reluctant to send aid to the Polisario-run Tindouf camps.

The European Union, the largest provider of aid to the Sahrawi refugees, has recently adopted a resolution conditioning the granting of assistance to the organization of a census of the inhabitants of the camps.

The EU had already reduced its aid to the Tindouf refugees, bringing down the amount from $51 million to $10 million a year. Spain and the United States had followed suit by reducing their annual aid respectively from $10 to $7.4 million and from $10 to $5.3 million.

Fearing a popular uprising in the camps, the Polisario leader Mohamed Abdelaziz urged the president of the Front’s Red Crescent, Yahya Bouhobeini, to launch an emergency call to the international community and to warn it that the camps are facing up “an unprecedented humanitarian disaster.”

In the appeal he launched last Sunday, the president of the Red Crescent estimated at $ 10 million the refugees’ needs in foodstuffs and other commodities by the month of July.

Nevertheless, in view of the contents of the OLAF report, the European resolution and the Security Council’s call to hold a census of the camps refugees, there is hardly any chance that the Red Crescent’s appeal will be heeded.

According to Sahrawi dissidents from the Tindouf camps, the Red Crescent’s call does not seem likely to defuse the palpable tension.

The camp residents’ nerves are on edge as they fear the looming starvation and would seize any opportunity to assault the foodstuffs warehouses that are, at least for now, closely guarded by armed militiamen, said the dissidents