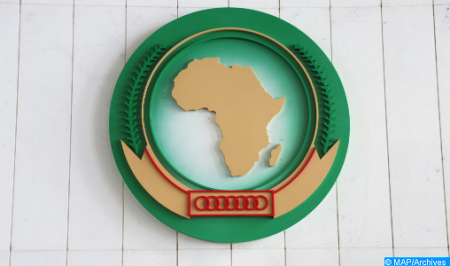 The Administrative Tribunal of the African Union has successfully concluded its technical meeting held recently in Morocco and which was dedicated to the revision of the Statute and Rules of Procedure of this jurisdiction of the pan-African organization. The meeting, held from November 21 to December 02 in Rabat, successfully concluded the revision of the two legal documents, which will be submitted to the deliberative organs of the African Union for consideration and adoption, the AU Court said in a statement issued Monday in Addis Ababa. The Rabat session provided an excellent opportunity for participants to share experiences on internal justice issues within the African Union, the statement said. In addition to Moroccan Magistrate Jamila Sedqi, the Rabat meeting brought together current and retired judges of the African Union Administrative Tribunal, namely Sylvester Salufu Mainga (President), Paulo Daniel Comoane, Andrew Nyirenda and Shaheda Peeroo. Representatives from the Office of the Chairperson of the African Union Commission, the Secretariat of the Administrative Tribunal, the Office of the Legal Counsel, Human Resources Management, the Staff Association and the Registry of the African Court on Human and Peoples’ Rights were also among the participants. The current review follows a decision of the Executive Council of the African Union (February 7-8, 2019), recommending that the Commission review the Statute and Rules of Procedure of the Administrative Tribunal. The review is also part of the overall process of reform and alignment of all the Union’s legal instruments. During their stay in Rabat, the members of the Technical Committee delegation led by Judge Mainga were received by Mohamed Abdennabaoui First President of the Court of Cassation and President Delegate of the High Council of the Judiciary. The members of the delegation also had talks with Moulay Hassan Daki, General Prosecutor of the King at the Court of Cassation and President of the Public Ministry. The delegation was also received by the Minister of Justice, Abdellatif Ouahbi, the President of the House of Councillors, Naama Mayara, and the President of the House of Representatives, Rachid Talbi El Alami, said the statement.