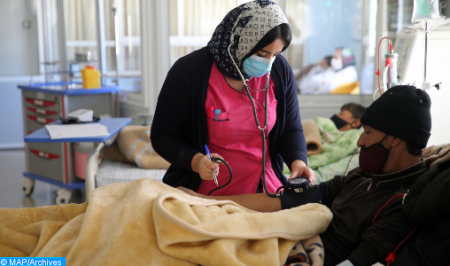 The Togolese Minister of Social Action, Promotion of Women and Literacy, Adjovi Lolonyo Apédoh-Anakoma, said on Sunday in Rabat that her country intends to benefit from the Moroccan experience in the field of social protection. In a statement to “M24”, MAP’s news channel, Lolonyo Apédoh Anakoma said that her visit to the Kingdom aims to learn about all the achievements that Morocco has accumulated in promoting the conditions of vulnerable categories, especially children, women, people with disabilities and the elderly. It also aims, she added, to learn about the level of prosperity of Moroccan citizens, as well as on the measures taken by Morocco to fight against gender-based violence. For her part, the Minister Delegate in charge of universal access to health care, Mamessilé Aklah Assih-Agba, said that this visit aims to share experiences in the field of social protection, especially in the field of health. Morocco has recorded progress in the field of social coverage, he said, expressing his hope to consolidate the ties of cooperation in order to benefit from the Moroccan experience. For her part, the Minister of Solidarity, Social Integration and Family, Aawatif Hayar, explained that the purpose of the visit of this ministerial delegation is to learn about the major achievements made by Morocco, under the wise leadership of His Majesty King Mohammed VI, particularly in the areas of social protection and health. This meeting, according to Hayar, is part of the strategy of the ministry that contributes to the implementation of this royal project, especially in its social component, stressing that his department relies on the Unified Social Register (RSU) which will allow a better targeting of citizens.