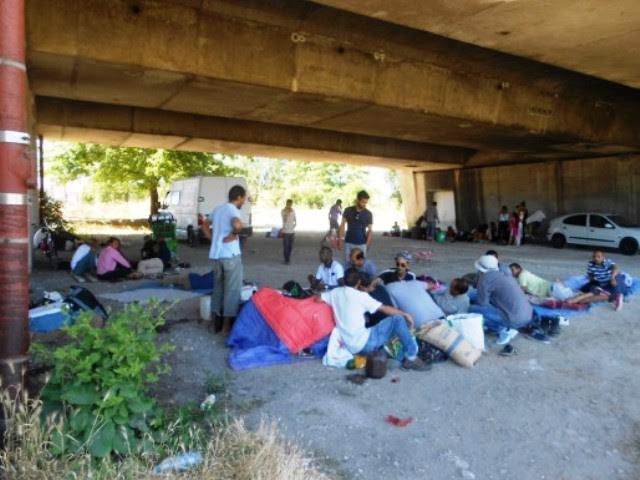 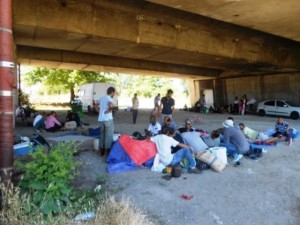 The French authorities have recently dismantled in the city of Bordeaux a camp erected by hundreds of illegal immigrants claiming to be Sahrawi refugees seeking asylum in France.

Nearly 300 so-called asylum seekers were evicted on Monday June 29, under heavy police escort, from the makeshift camp they had been occupying for several months under the St. Jean Bridge.

These asylum seekers, who could not show any identity document, claimed they were Sahrawi refugees who had fled the Tindouf camps and entered France illegally.

But according to a French police officer who spoke under condition of anonymity, the illegal immigrants are actually Algerian nationals who resorted to this new trick to have more chances to settle in France. By presenting themselves as Sahrawi refugees, the Algerian immigrants seek to get refugee status and thus benefit from the support and solidarity of local associations and residents of the area.

In order not to raise the suspicion of the police, the Algerian asylum seekers who arrived in October 2014 in Bordeaux along some Sahrawi refugees had made a detour by the Tindouf camps in south western Algeria, where they obtained fake ID and travel documents, before coming to France, the police officer added.

The makeshift shelters under the St. John Bridge were razed down and the area was evacuated by the police.

The camp settlers risk being deported to their countries of origin, in case they do not get asylum in France.

So far, out of these hundreds of asylum seekers, only twelve persons, authenticated as Sahrawis, have been granted refugee status by the French Office for the Protection of Refugees and Stateless Persons (OFPRA).

French authorities find it very difficult to identify asylum seekers, because they often come without any ID documents to avoid automatic deportation to their country of origin.