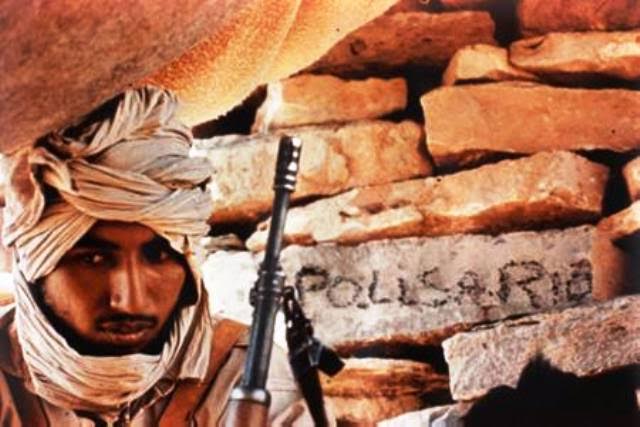 A group of young Sahrawis attacked at the early hours of September 15 a checkpoint placed by the command of the so-called “6th military region” in a Tindouf camp.
The young assailants driving 4×4 vehicles managed to neutralize the two sentinels positioned at the military post and took their Kalashnikov machine guns, sources from Tindouf told the “Le360.ma” e-journal.
The attackers stormed the post, tied up the two guards and took their Kalashnikov guns before they drove away aboard their vehicles.
Immediately after they were alerted, armed Polisario militiamen started combing the Laayoune camp, to apprehend the attackers and recover the lost weapons. However, the militias could not carry on their operation as they were taken to task by the angry population, the same sources were quoted as saying.
The camp residents rushed to the control post, set fire to it and launched stones at the Polisario agents forcing them to flee, added the same sources.
Recently, military checkpoints in Tindouf have become a prime target for young Sahrawis, who express through these attacks their opposition to the many arrests operated in their camp.
The latest storming of the checkpoint occurred following the sentencing, on September 14, of nine residents of the “Laayoune camp.” The defendants, from the Rguibat and the Aït Oussa tribes, were sentenced to six years in prison by the Polisario military court based in Rabouni.
The young defendants were arrested in the locality of “Bouguerba” on June 23 by elements of the so-called Polisario police. They were allegedly in possession of 150 kg of Chira.
The defendants are Mahfoud El Bachir El Farassa, El Kouri Ouaddad Baddi, Hammadi Moulay M’Hamed Ali Salem Ghali Lahouidi and two sons of Mohamed El Bah.