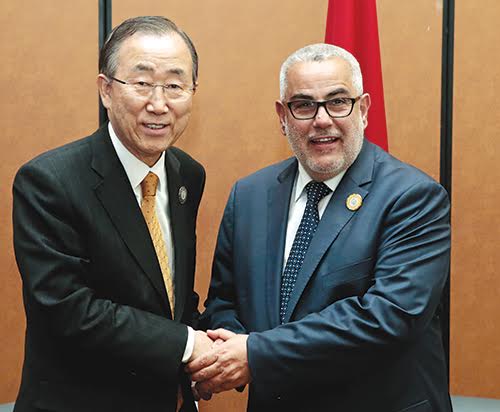 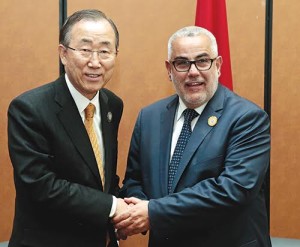 The issue of the Western Sahara conflict, opposing for forty years Morocco and Algeria through the Polisario, has witnessed new twists these past days.

As the UN mediator for the Sahara, Christopher Ross, is expected in Rabat, part of his new tour in the region that already took him to the Tindouf camps, Algiers and Madrid earlier this month, Moroccan sources announced, under cover of anonymity, an imminent visit of the UN Secretary General Ban Ki-moon to Morocco.

If the announcement is confirmed, it will be the UN Secretary General’s first visit to Morocco and will take place few months before the end of his term as head of the UN in 2016.

The date of the visit has not been announced, but details are being finalized by the UN General Secretariat and Moroccan diplomats in New York, the same sources said, hinting that the trip will take place in the coming weeks.

Meanwhile, Christopher Ross continues his tour in the region in an attempt to revive the negotiations process deadlocked by the inflexible and counterproductive stand of Algiers and the Polisario. The separatist front and its mentor Algeria have opted for the status quo despite the international community’s repeated calls urging them to be realistic and to give a chance to a consensual political settlement of the territorial dispute.

However, it seems that some parties in Sweden do not share the international community’s standpoint. Swedish leftist parties have tabled a bill calling for the recognition of the so-called Sahrawi Republic “SADR.” The move created a stir in the corridors of the United Nations in New York and in Geneva.

If the Stockholm government applies the bill, it will tarnish Sweden’s image as it will join the few countries, most of them undemocratic, which recognized the Polisario and its whimsical republic.

For former US diplomat, Edward Gabriel, the Swedish government’s project “is contrary to the neutrality” of the negotiation process conducted under the aegis of the UN to reach a political, lasting and mutually acceptable solution to the conflict.

For the former ambassador, the Swedish approach is “harmful, deceitful and wrong” and “Stockholm is likely to frustrate the UN good-will efforts to find a compromise solution to the Sahara issue and thereby keep out the extremist groups operating in the region “.