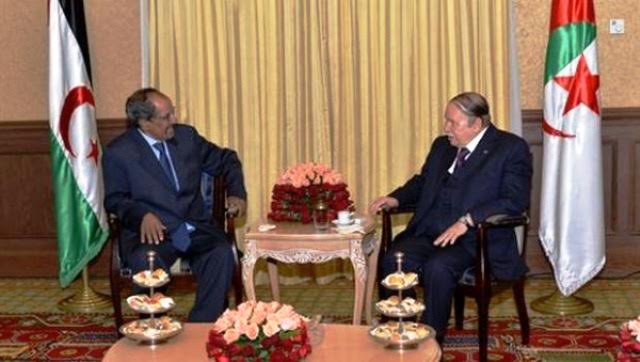 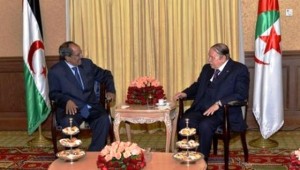 The Polisario leaders’ morale is very low as the UN mediator for the Sahara, Christopher Ross, arrived in Algiers on Monday, first leg of a new Maghreb tour destined to revive negotiations between Morocco and the Polisario on the Sahara issue.

During his ten-day tour, the personal envoy of the UN Secretary General Ban Ki-Moon is also expected to visit the Tindouf camps, Rabat and Nouakchott to try to revive the negotiations for a settlement of the Western Sahara issue.

While in Algiers, Ross was received by Algerian President Abdelaziz Bouteflika in the presence of his foreign minister, Ramtane Lamamra and his minister of Maghreb Affairs Abdelkader Messahel.

The previous day, i.e. Sunday, President Bouteflika had received the Polisario leader, Mohamed Abdelaziz, in the presence of Lamamra and Messahel, the chief of staff of the Presidency, Ahmed Ouyahia, and the Deputy Minister of National Defense and Chief of Staff of the Algerian Army (ANP), General Ahmed Gaid Salah.

Although the meeting was surrounded by a media blackout, well-informed sources in Algiers told us that the hawks of the Algerian regime gave the Polisario leader their latest instructions on the eve of the UN mediator’s visit in the Tindouf camps.

The Polisario executives and their chief Mohamed Abdelaziz have very low morale and are still completely baffled by the latest visit of King Mohammed VI to the southern provinces and by his strong speech on the occasion of the 40th anniversary of the Green March, celebrated on November 6, the sources said.

The Polisario leaders and their Algerian mentors were also infuriated by the statement of the Moroccan Foreign Minister, Salaheddine Mezouar, who had said on the sidelines of the royal visit to Laayoune that Christopher Ross would never again set a foot in Western Sahara.

Worse than that, the Polisario was completely disoriented by the secretary general of the ruling National Liberation Front, Ammar Saadani, who said early November during an Ennahar TV talk show that the Western Sahara issue was under the exclusive responsibility of the United Nations, indirectly calling the Algerian government to stop interfering with the issue.

It is in this context that Christopher Ross is touring the region.