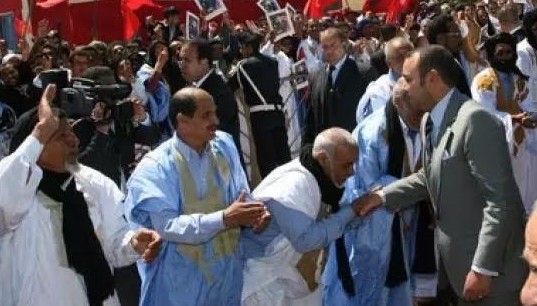 On the first day of his visit to Laayoune, southern Morocco, King Mohammed VI launched on Friday the construction of the Foum El Oued-Laayoune technology park.

This high-tech center of knowledge and innovation to cost about 2 billion dirhams is designed to support the Phosboucraâ integrated industrial complex of fertilizer production, whose construction works were also launched by the Sovereign on Friday.

King Mohammed VI arrived in Laayoune Thursday late afternoon coming from the city of Ouarazate, where he had chaired a ceremony marking the entry into service of the first of the four plants of the mega solar project “Noor” (Light) that is to generate by 2018 nearly 500 megawatts of electricity from solar energy.

The Foum El Oued-Laayoune technopark, to be built in the small town of Foum El Oued, 18 km from Laayoune, will include teaching and research clusters that will focus on the Sahara environment and the economic development of the Southern provinces. The park also includes a cultural center, as well as social facilities.

The other major project launched by the sovereign, the Phosboucraâ integrated industrial complex of fertilizer production, will require an investment of 16.8 billion dirhams.

This project aims to create wealth locally through the processing of phosphate and production of fertilizer on the Phosboucraâ site. It also seeks to encourage SMEs and SMIs in the region and promote new professions associated with phosphate and fertilizer processing activities (engineering, construction, maintenance, project management …)

The future complex is also expected to eventually generate nearly 1,270 jobs. The fertilizer production platform is worth 8.3 billion dirhams and will produce half a million ton of phosphoric acid and one million ton of fertilizer.

Besides the fertilizer production platform, the complex will include a washing and flotation plant, a drying unit, and a stockyard in addition to a seawater desalination plant and a thermal power plant.

To facilitate exports, a new port will be constructed part of this project. The port will require an investment worth 4.2 billion dirhams.

The industrial complex will reinforce Morocco’s leadership on the global market of phosphates and derivatives.

The two projects illustrate the strong will of King Mohammed VI to boost the integrated development of the southern provinces and to raise the living standards and welfare of the inhabitants.