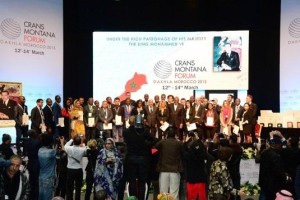 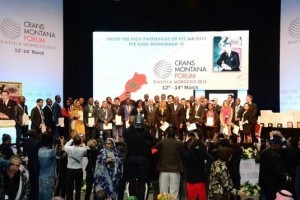 The dying leader of the Polisario, Mohamed Abdelaziz, and his cronies are on tenterhooks since Crans Montana Forum announced it will hold its 10th annual session on Africa and South-South Cooperation in Dakhla, southern Morocco.

As evidence to their disarray, a Polisario website has just announced that the Front’s Secretary General is planning a trip to Nigeria from March 12 to 14, i.e. three days before the opening of the Crans Montana Forum session, scheduled next March 17 to 22 in Dakhla.

What the website does not reveal is that Mohamed Abdelaziz heard rumors about a possible participation of the Nigerian President’s spouse, Aisha Buhari in the 10th session of the Crans Montana Forum. And of course, such participation would not serve the Polisario’s interests, commented a reliable source from Rabbouni, one of the Tindouf camps which hosts the separatists’ headquarters.

Nigeria is actually one of the few African countries, along with Algeria and South Africa, which continue to support politically and financially the Polisario Front.

What confirms this hypothesis is that, in anticipation of his trip to Abuja and in a bid to soften Nigerian authorities, the Polisario leader was keen on decorating the Ambassador of Nigeria Haruna Ginsau at the end of his mission in the Tindouf camps.

The apprehensions of the Polisario grew deeper after Nigeria’s First Lady became member of the African Women’s Forum, an institution that has just been set up by the Crans Montana Forum to pay tribute to African women’s efforts and contribution to the development of the continent.

The African Women’s Forum was set up on the occasion of the 30th anniversary of the creation of Crans Montana Forum.

Forum officials do not exclude that President Muhammadu Buhari’s spouse may make the trip to Dakhla to participate in the Crans Montana Forum.

This is the second time that the Crans Montana Forum holds a session in the Moroccan city of Dakhla, after the 2015 edition which was attended by 800 guests from around the world and was a resounding success.

The possible participation of Aisha Buhari in the Dakhla forum would be a fatal blow to the Polisario leaders, shortly after the blow they were dealt by the Swedish Government, which decided not to recognize the ghostly Sahrawi Republic “SADR.”