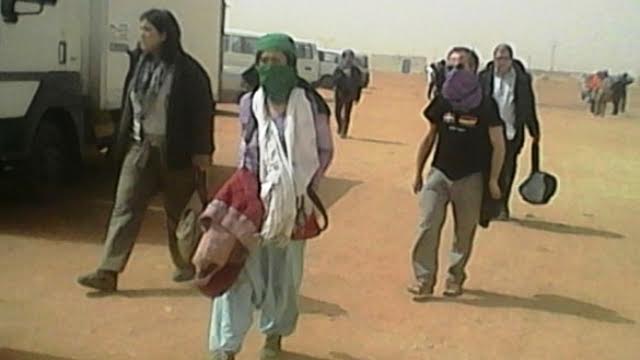 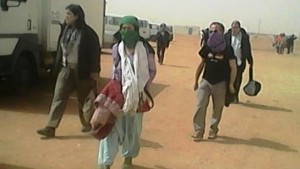 The festivities organized on Sunday by the Polisario in the Tindouf camps on the occasion of the 40th anniversary of the establishment by the Algerian and Libyan regimes of the ghostly Sahrawi republic “SADR” were suddenly disrupted by a violent sand storm that swept away tents and galleries erected to host the separatists’ guests.

The front’s leaders, supporters and guests have had no choice but to pack and seek refuge elsewhere.

After the floods that devastated the Tindouf camps in October 2015, nature’s elements are raging again against the Polisario leaders, who seek, with the support of their Algerian mentors, to balkanize Morocco at all costs.

In another development, a distant appeal coming from Latin America, and more precisely from Argentina, called on the international community to dismantle illico-presto the Polisario’s chimeric institutions and camps.

The call relayed by the news agency “Total News” pointed out that the camps host a group of terrorists and drug traffickers who operate in the Sahel-Sahara region, threatening the stability of the entire region.

In a long article entitled “a lawless area,” the Argentine news agency gives evidence of the collusion between the Polisario mercenaries and Latin American drug traffickers, their connections with jihadists and their documented involvement in cases of extortion and kidnapping of humanitarian workers and Western countries’ nationals.

This is the case, among others, of three aid workers, two Spanish and an Italian who were kidnapped in the Rabouni camp in southwestern Algeria on October 23, 2011 and handed over to AQIM in northern Mali, with the complicity of militias of the Polisario and the Algerian army that controls the Algerian Sahara.

For Total News, it’s time to dismantle the Polisario and the Tindouf camps which “are a breeding ground for organized crime and jihadist terrorism” and “a real matrix of all kinds of crimes,” a move that will free the thousands of Sahrawi civilians held as hostage for over forty years.