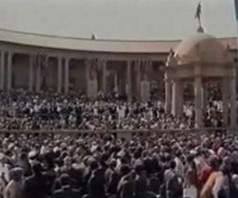 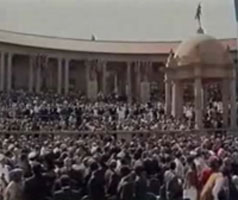 The ethnic disparity, or more precisely the apartheid, which has been rampant in South Africa, much more than anywhere, viewed as an original and the most complicated political and social situation in the world, has been consistently condemned by Morocco before all the international authorities since the independence of the Kingdom in 1956.
Since 1948, the Pretoria government has adopted the apartheid policy. This term, in the minds of the whites, means a separate development and a complete spatial separation of ethnic communities. A system identified with the strict racial segregation. Long before the A.N.C., led by O. Tambo, launched the armed struggle in 1966, when Nelson Mandela was imprisoned, Morocco has been one of the most effective supporters of the South African people’s struggle. A support represented by a major figure of the Moroccan, North African and African militancy, the late Abdelkarim El Khatib, during the "Chahid" program, broadcasted posthumously by the first Moroccan television on the 4th April, 2008, in an undoubtedly certain and credible testimony, owing to the morality and intellectual as well as political honesty of the deceased.
Mr. El Khatib reveals: "I handed over a large sum of money, entrusted to me by the late Hassan II,  to Nelson Mandela upon the latter’s request. A plane loaded with weapons has been dispatched by Morocco in Dar Essalam in Tanzania to be handed over to the ANC militants and to return back combatants who should receive training in Morocco. Upon his nomination as President of the Republic of South Africa in Johannesburg, Mr. Mandela insisted that I remained beside him in the VIP tribune distinguished by my djellaba and my white turban. After reading his formal speech, Mr. Mandela takes the floor and publicly acknowledges, and to over 100 000 persons, that Morocco, through my modest person, has supported him throughout his long and hard struggle."
Morocco which has experienced colonization and gained its independence at the cost of great sacrifices including not only the deportation and exile of his royal family but also the abuses committed by the occupier on the different segments of its population, this Morocco, which considers itself as a full member of the African family, has and will never boast of the aids and supports he has provided to the brother African peoples.
The aim of the Kingdom, as one which has brought about the African Unity since the Casablanca Conference in 1960, the first embryo of the OAU in 1963, has been the justification of the African Unity by historical, political, cultural and economic factors. Unfortunately today, while blindly serving the conspiracy of Algeria against Morocco concerning the Sahara issue for reasons having no relation with the pseudo-principle of the Saharawi people’s right to self-determination, the South African government is sinking into a negative action opposing the principle of its revolutionary struggle. The multiracialism, initiated thanks to Mandela’s wisdom has led to sustainable agreement points, avoiding “a constellation of states”; prospects which seemed at the time utopian.
The Manichean vision of South African leaders promoting doctrinal incantations concerning the legitimate rights of Morocco in the completion of its territorial integrity calls for doubt about the real reasons behind this position. Today, we have the right to wonder, where are "the testament of black consciousness", the calls for peace, the African unity of the anti-apartheid symbol and the Tutu Desmont Nobel Peace Prize? How can anyone believe that Mr. Nelson Mandela, the last survivor of the wise Africans and who should play his role as a "messiah" for peace and harmony between the States and the African peoples, can tolerate that his country’s government gets fully involved in conducing to separatism, arousing a situation of belligerency between two brother and neighbor countries, Morocco and Algeria? Yet, it is to this great wise that we owe this thought: "the Balkanization has been a conscious choice, certainly offered to African leaders via the colonial powers, but accepted and defended by them for simple reasons of personal prestige". Indeed, as is the case of the puppet state they want to create in the Moroccan Sahara, the balkanization is a variety of unsustainable political and economic areas, as it is a denial of human rights and of democracy, an unavoidable political and economic failure.
But despite all the support, of which Algeria can benefit and the Polisario’s adversity against Morocco, whether South Africa is hostile to the kingdom or something else, the recent developments of the conflict have clearly revealed the true nature of the issue and have highlighted the strategic stakes relating to this issue.
For Morocco, it is useful to reiterate its determination to defend at any price its territorial integrity as well as its national sovereignty. It reiterated once again its commitment to support the United Nations’ efforts to resolve the issue. The aim behind Morocco’s concern is to save the sequestration and suffering of thousands of Moroccan Sahrawi citizens, cloistered in inhuman conditions in the camps of shame in Tindouf, Algeria.