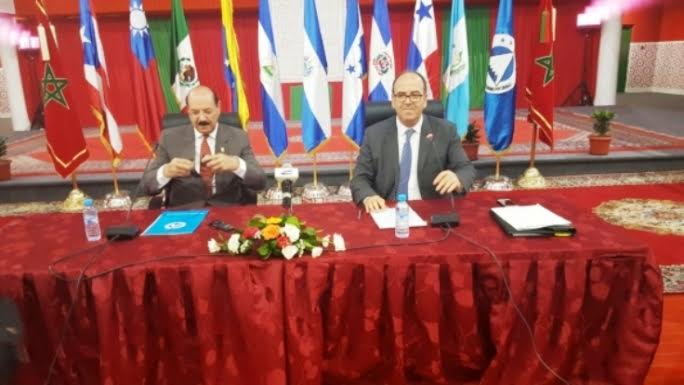 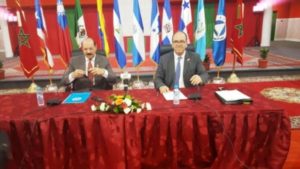 A delegation from the Central American Parliament (PARLACEN) led by the president of this institution, Nicaraguan José Antonio Alvarado Correa, held in Laayoune Monday and Tuesday working sessions with members of the Moroccan House of Councilors, lower house of the Parliament, led  by the House Speaker, Abdelhakim Benchemas.

Benchemass who described the meeting as “historic” surveyed before the members of the Latin American delegation the outstanding projects launched in the Moroccan southern provinces and the Kingdom’s commitment to promote sustained development in these southern regions.

At a meeting Tuesday with the Moroccan MPs, local elected officials of the Southern provinces and local authorities, the President of PARLACEN hailed the socio-economic development model initiated by Morocco in the Saharan provinces.

He also paid tribute to Morocco’s role in “preserving peace and stability in the region.”

The 14-member PARLACEN delegation, representing El Salvador, Guatemala, Honduras, Nicaragua, Panama and the Dominican Republic, insisted to make the trip to Laayoune, in a gesture of support to Morocco and its Western Sahara.

Through this visit, the Latin American Parliamentary delegation has indeed shown clear support to Morocco in the artificial territorial conflict opposing it to neighboring Algeria and its protégé, the separatist Polisario front.

The PARLACEN delegation is expected Wednesday in Rabat for talks with the head of the Government, the speaker of the House of Representatives (Lower House,) the Foreign Minister, and the President of the National Human Rights Council  (CNDH.)

It goes without saying that the presence of the Latin American parliamentarians in Western Sahara will irk the Polisario leaders and their Algerian mentor.