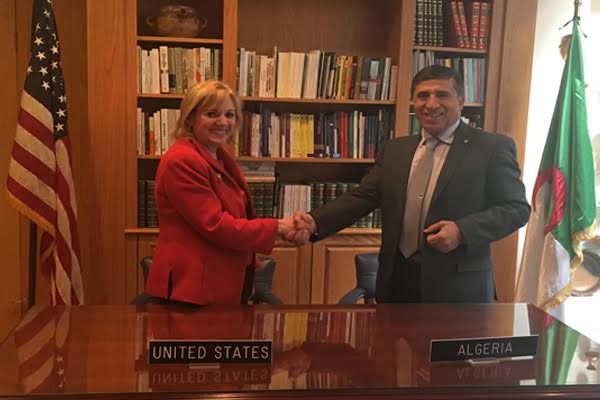 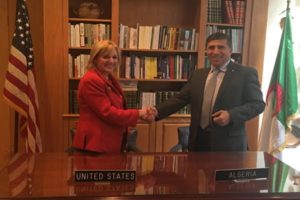 Algerian diplomacy is busy with attempts to scuttle the excellent relations existing between Morocco and the United States and does not hesitate to squander huge amounts of petrodollars to pay US lobbying firms helping it carry out its schemes.

As a back up to these manoeuvers, Algerian diplomats positioned in the United States try to lure American leaders by appealing offers on the Algerian market, although these offers have long been ignored by major Western industrial groups for security reasons. The United States is no exception, since its trade with Algeria has plummeted in recent years, from $24 billion in 2012 to $7 billion in 2015.

“What we are asking the United States for is how to ensure that US companies have their share of the opportunities offered by Algeria.” The crystal clear message was addressed by Algeria’s ambassador to Washington, Madjid Bougherra, in a statement published by Washington-based website Al-Monitor.

Through these tempting offers, Algerian diplomats hope to see Washington back the Algerian regime’s positions on what it describes as sensitive issues, such as the Western Sahara issue.

Ambassador Bougherra has even brandished the threat of an armed conflict in the region. He urged the UN, and by extension the United States, which openly supports Morocco, to “reconstitute its mission in Western Sahara, expelled by Morocco last March, if it wants to avoid an armed conflict.”

In its showdown with its Moroccan neighbor over the Western Sahara, Algeria has been relying, during the past decade, on the services of the lobbying firm Foley Hoag, said Al-Monitor adding that these services have cost the Algerian taxpayer the sum of $420,000 during the year 2015.

Algerian diplomats based in the United States are also trying to heal the blow they were dealt after the US House of Representatives included in the 2017 appropriation bill a provision calling on Algeria to allow a census of the refugees in the Tindouf camps on Algerian soil. The provision triggered “deep disappointment and concern” in the corridors of power in Algeria.

The rulers of Algiers are also angered by the fact that their country has been classified since 2011 by the United States on the black list of countries practicing human trafficking. According to an annual report of the US Department of State, Algeria is ranked in tier 3, listing the countries which do not meet international standards and which do not make “significant efforts” in the fight against modern slavery.

And the rulers of Algiers, instead of putting their own house in order, spare no effort to destabilize Morocco and amputate its Sahara.