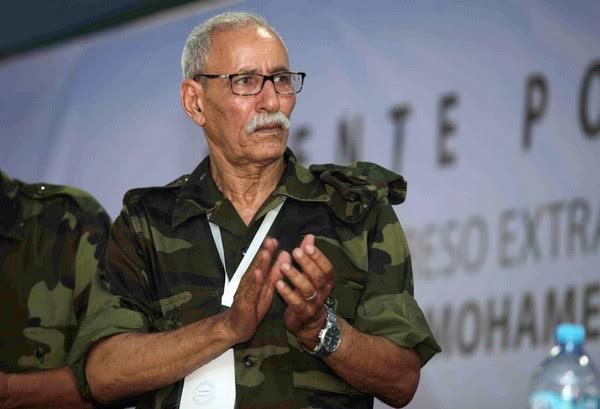 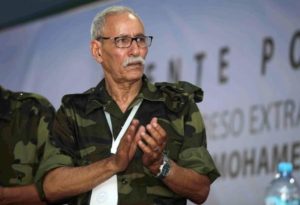 The new leader of the Polisario Front, Brahim Ghali, announced recently his plans to make a trip to Spain to attend a conference scheduled to be held in Barcelona November 18-19. The conference is sponsored by the so-called “European Coordination of solidarity with Tindouf Sahrawis.”

Brahim Ghali, who served as Polisario representative in Madrid between 1999 and 2008, is subject to an arrest warrant launched by the Spanish judiciary following complaints filed against him at the Audienca Nacional. One of the complaints was lodged by a young Sahrawi woman who accused Brahim Ghali of rape and abuse. Other complaints were filed by former Sahrawi inmates who were tortured and ill-treated in Tindouf, at the time Ghali was the so-called “Defense Minister” of the pseudo Sahrawi Republic (SADR.) The signs of torture are still apparent on their bodies.

Actually, shortly after these complaints were filed in 2008, the former Polisario representative in Madrid fled to Algiers before being arrested and tried for his crimes in Spain. After his departure, the Audienca Nacional (Spanish High Court) issued summons and an international arrest warrant against Ghali, but he declined to appear before the court to answer the charges brought against him.

Now that he has been parachuted by the Algerian regime to the helm of the Polisario and the pseudo- SADR, Brahim Ghali has floated this trial balloon to detect the reaction of the Spanish justice at his plans to make a trip to Spain.

Brahim Ghali hopes that his case will be shelved by the Spanish court given his current status as “Secretary General of the Polisario Front” and “President of SADR,” thinking these positions would guarantee him diplomatic immunity.

But Ghali’s calculations seem to ignore that the Court’s judge, Pablo Ruz is so rigorous. This judge had already accepted a complaint filed, on 14 December 2007, against Polisario leaders and officers of the Algerian army for “genocide, torture, forced disappearances, illegal detention and serious violations of human rights.”