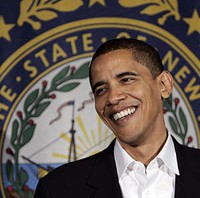 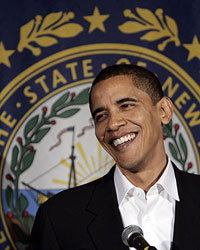 229 members of the United Nations House of Representatives sent on April 3rd, 2009 an unequivocal letter to the President Barack Obama concerning the Sahara conflict resolution, bringing their support to the Moroccan autonomy proposal, and calling for overcoming the “only major obstacle” in order to prevent an efficient anti-terrorist fight in the region. In fact, according to the majority of the United Nations House of Representatives, terrorist incidents in the Maghreb have quadrupled since 2001, and the Sahara conflict resolution would allow the “reduction of terrorists’ action field concerning recruitment and action”, while bringing peace to the Sahrawis.
Still according to the bipartisan coalition that signed the letter, the economic stakes of the Sahara conflict resolution are essential for the achievement of an integrated Maghreb space and more attractive for foreign investments.
Reminding that the Security Council, in its resolution 1813, has qualified the Kingdom of Morocco’s efforts as “serious and credible”, the members of the House of Representatives have called President Obama to “strong actions and words”, and to participate in the continuity of the American position of the last two decades.
In April 2007, a letter sent to the American President had mobilized not less than 173 signatures supporting the Moroccan autonomy plan, and the letter of April 2009 was signed by 229 members of the Congress, i.e. an increase of support to Morocco of more than 23%. This important increase of mobilization in favour of the autonomy plan, whereas four rounds of direct negotiations have taken place under the UN aegis between Morocco and the Polisario Front in Manhasset, is full of lessons, as it shows America’s strong will to reach a compromise that respects both the international legality and the principle of reality. The American representatives hope that this vision, which has been developed by the former personal envoy of the UN Secretary General to the Sahara, Peter Van Walsum, will be pursued by his successor, Christopher Ross