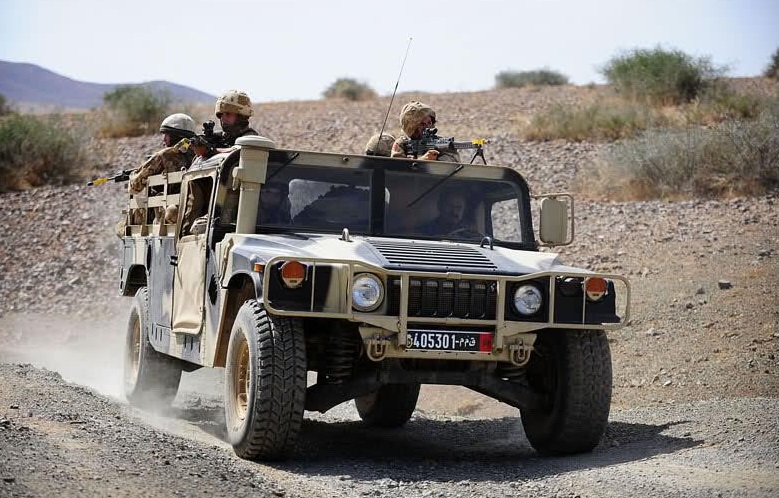 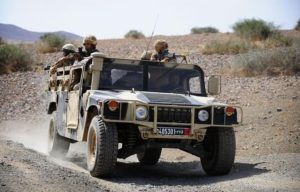 Algerian leaders are seemingly determined to unleash the Polisario separatists’ provocative acts against Morocco. More importantly, the Algerian army elements do not hesitate to participate in these acts.

Polisario armed militia, assisted by six officers of the Algerian army, including a senior officer, were intercepted by soldiers from the sixth regiment of the Royal Armed Forces (FAR) as they were trying to creep in southern Morocco, last week, reported Moroccan daily Assabah on Monday.

The intruders were attempting to position themselves in the Guergarate buffer zone separating the extreme southwestern tip of Morocco and northern Mauritania.

Thus, the Algerian plan to impose a military presence of the Polisario in the buffer zone, adjacent to the Moroccan border post of Guergarate, was aborted skillfully by the elements of the FAR, says Assabah newspaper, without disclosing its sources.

After they noticed suspicious military movements in the area, the Moroccan soldiers intercepted, on Moroccan soil, the intruders who were later on interrogated.

Moroccan soldiers neutralized this commando without firing a single shot. They also seized troop transport vehicles, jeeps and pickups equipped with small cannons as well as a lot of military equipment and small arms.

After they were interrogated for 48 hours, the Algerian officers and some elements of the Polisario were released and sent back to Algeria wherefrom they came. A group of Polisario militias was held by the FAR to deepen investigations and uncover the ins and outs of the commando mission.

On the Algerian official side, it is total silence and the Algerian media have also been silent on this serious incident.

Observers in Rabat believe that the incident is likely to escalate tension between Moroccan and Algerian neighbors in the absence of any reaction from the United Nations and its mission in Western Sahara “MINURSO.”

Yet, this mission was closely following the latest face-to-face between Moroccan security forces and a group of about thirty armed militiamen rushed in Guergarate buffer area to stop the asphalting of a stretch of a road between southwestern Morocco and northern Mauritania.

To distract the Algerian public opinion from the institutional vacuum in the country since April 2013, when President Abdelaziz Bouteflika suffered a severe stroke and was confined to a wheelchair, the Algerian generals create incidents with Morocco, using the Polisario as a scapegoat.