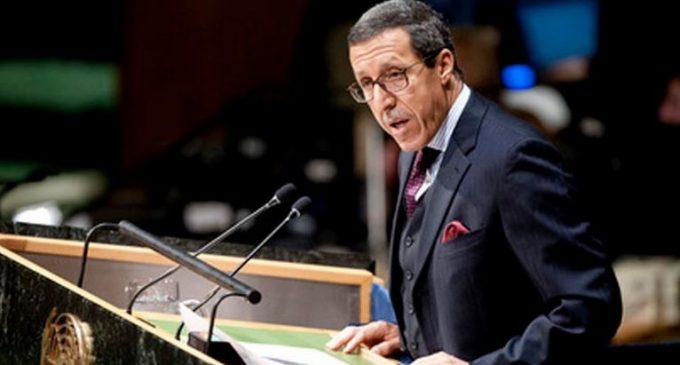 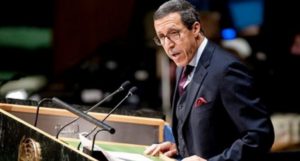 Morocco’s Ambassador to the United Nations in New York, Omar Hilale, who seems to know the weaknesses of the Algerian regime, has not hesitated to burst the many abscess festering Algerian leaders’ souls.

After he brilliantly demonstrated through a question-answer game before the Fourth UN Committee the clear-cut involvement of Algeria in the Sahara conflict, contrary to its claims that it is neutral and only has an observer status in the issue, Omar Hilale returned to the charge, this time by focusing on the census of the Sahrawi populations in Tindouf camps.

He recalled that Algeria continues to reject all requests to conduct a census and registration of the camps residents, made by specialized UN agencies, including the UN High Commissioner for Refugees (UNHCR).

As the host country of these so-called refugees it has been sequestrating for more than 40 years in the arid desert, Algeria has never accepted to open the doors of this Hitler-like concentration center.

Algerian diplomats and their boss, Ramtane Lamamra, could not retain themselves and rose against the Moroccan diplomat when he brought up the issue before the 4th Committee, as the issue casts doubts on the Algerian regime’s credibility.

Hilale dug the knife even deeper into the wound by challenging the Algerian rulers to authorize such a census to prove, as they claim, that the Tindouf camps house more than 30,000 so-called “Sahrawi refugees.”

According to UNHCR, the number hardly exceeds 40,000 people, while other NGOs and specialized agencies say in their reports that these figures are knowingly inflated by Algeria and the Polisario to get more humanitarian international aid that is partly diverted to the bank accounts of some of their unscrupulous leaders.

The same reports show that the Tindouf camps, host not only Sahrawis from Western Sahara but also Tuaregs, nomads and other bedouin from Algeria, Mauritania and other Sahel countries. They were driven to the camps by the DRS (Algerian Military Intelligence) to inflate the actual number of people in the Tindouf camps. This is why Algerians fear that any census might put bare their allegations and lies.

The Moroccan ambassador is not the only diplomat to raise this issue. Delegates of other countries including the European Union were stunned at the beginning of 2015 by the shocking revelations made by the European anti-Fraud Office (OLAF) on the large-scale diversion of European aid to the populations of Tindouf.