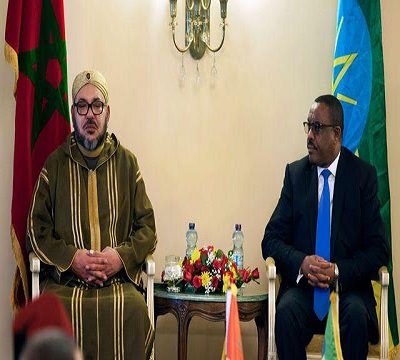 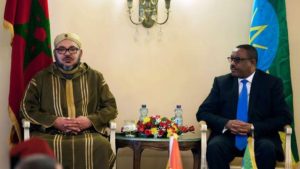 The Government of Ethiopia has vowed to support Morocco’s return to the African Union (AU) during next African Summit scheduled for 2017.

The pledge was made last weekend following the official visit made by King Mohammed VI to Addis Ababa. Rwanda and Tanzania also have also backed the North African Kingdom’s return to the AU during the visits paid last October by the Moroccan Sovereign to these two English-speaking countries.

In a joint statement released Saturday at the end of the royal visit to Addis Ababa, Prime Minister Haile Mariam Dessalegn expressed “Ethiopia’s firm commitment towards the full realization of the values and principles of the African Union”, and voiced his country’s support to Morocco’s decision to rejoin the African Union as early as the next AU Summit”.

By deciding to reintegrate AU, Morocco is only “returning to its home and to family”, said Ethiopian Foreign minister Taye Atske-Selassie, noting that Rabat and Addis Ababa are bound by strong ties of friendship since the creation of the Organization of African Unity (OAU – currently AU).

He also said that the Government and the people of Ethiopia cherish and are proud of this relationship.

“We must congratulate Morocco for decision to rejoin AU”, stressed the Ethiopian diplomat, describing as “very fruitful” the talks King Mohammed VI had with Ethiopian President and Prime Minister.

He also said that he is convinced that the cooperation accords sealed between the two countries, during the royal visit to Addis Ababa, will open up a new era of partnership and of shared prosperity.

During the latest African Summit held in Kigali (Rwanda), 28 African member countries out of 54 submitted a motion welcoming Morocco’s application to rejoin the African Union, noting that the North African country is one of the founding members of the AU’s predecessor, the Organization of African Unity (OAU.)

They also called for the immediate suspension of the membership of the self-proclaimed RASD, which was illegally admitted in 1984 through the illegitimate use of threats, deceit, coercion and dirty petrodollar money.

Their positive contributions are highly appreciated by local African communities which share deep historical, religious and cultural ties with Morocco.