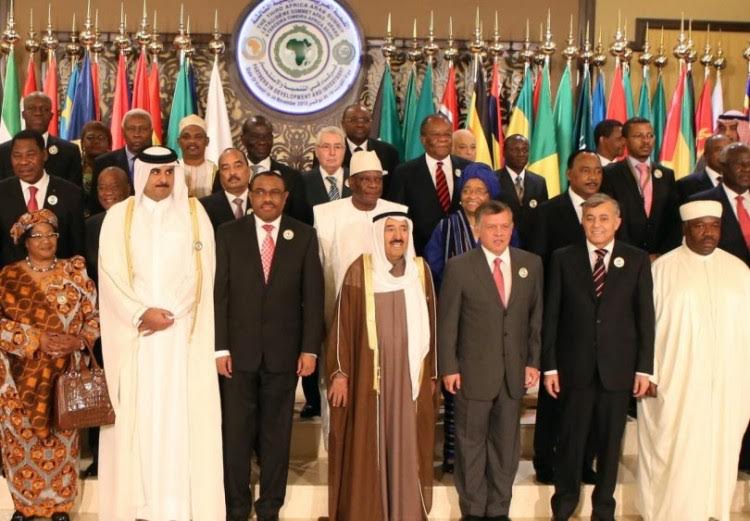 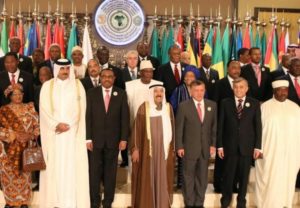 Morocco and eight other Arab countries withdrew from the 4th Arab-African summit held this Wednesday in Malabo, the capital of Equatorial Guinea, to protest against the presence of the flag of the puppet entity of the Polisario in the conference hall, said the Moroccan Ministry of Foreign Affairs and Cooperation (MAEC).

The information that has been circulating for almost two days behind the scenes of the summit is now official. Morocco, Saudi Arabia, the United Arab Emirates, Jordan, Qatar, Bahrain, Oman, Yemen and Somalia slammed the door of the 4th Arab-African summit in Malabo, to protest the presence of the Polisario’s flag in the conference hall, said the Moroccan Foreign Ministry.

The withdrawal from the summit was made out of respect for the principles and achievements of Arab-African action, on top of which the principle of safeguarding the territorial integrity of Arab and African states, the statement said, adding that the participation in such a summit is open only to UN member states, and this is not the case of the pseudo-Sahrawi Republic.

“Most countries have supported this clear position, which falls in line with the principles of international law, including, first and foremost, respect for the sovereignty of States and their territorial unity,” the statement said.

Morocco and the eight Arab countries that have withdrawn from the summit have “always been and remain fully aware of the importance of the Arab-African partnership, the challenges of this partnership in strengthening the position of these two groups and their Role in the establishment of peace and stability in the world,” the statement said.

This partnership can help meet the aspirations of Arab and African peoples to development and preservation of the dignity of the Arab and African citizens while respecting the sovereignty of States, their territorial unity and their treatment on an equal footing, the document added.

The statement also reaffirms the commitment of the withdrawing countries to the common principles that were behind launching the Arab-African partnership.

So far, the pseudo- “SADR”, self-proclaimed by the Polisario with the support and blessing of the Algerian regime, is recognized neither by the UN, the European Union, nor by any international, continental or regional organization, with the exception of the African Union, where it was admitted in 1984.

Encouraged by the Algerian regime, the Polisario separatists strive to be present at every African gathering, not to make any useful contribution but just to play the troublemakers.