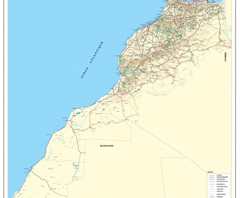 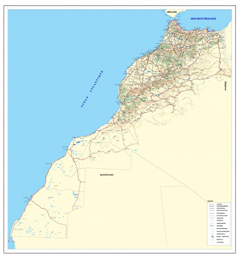 In response to Mr. Christopher Ross’s call, the UN Mediator, Morocco has expressed, via its Minister of Foreign Affairs and Cooperation, its availability to « positively join » the informal negotiations, set forth with the Polisario Front, based on the Sahara autonomy plan, proposed by the Kingdom, since April 2007.
It should be reminded that Morocco had expressed, last May, its « keen satisfaction »about the 1871 Resolution of the UN Security Council about the Sahara, unanimously adopted by all the members of the Council. Consequently, it is estimated in Rabat, that the UN emissary’s mission is part of a « well defined mission » aiming at the implementation of the last Security Council Resolution. An assertion reiterated by the head of the Moroccan diplomacy, Mr. Taib Fassi-Fihri, during a joint press meeting in Rabat with the UN Mediator.
« The Security Council, as underlined by the Moroccan diplomacy source, has confirmed the centralization of the negotiations process and has refused to yield to the political blackmail methods, to the unscrupulous practices of harassment and instrumentalization accompanying them and to the attempts to distort negotiations’ fundamental way”.
Furthermore, the fifteen have been very pleased about the agreement reached by the parties with Christopher Ross to organize “informal restrained” talks for a fifth negotiations round. Besides, the resolution highlights the dynamics born out of the Moroccan initiative for the Western Sahara autonomy as a reasonable and fair solution susceptible to lead to consensual political settlement and hence to foster  stability in the region.
As for Mr. Ross mediation, it has become more necessary that the current blocking imputed to the opposing party would not last forever. Life in Tindouf camps is in continuous deterioration and the peoples of the two sides yearn only for the reunification of families and tribes and for a peaceful life within the community. The Saharan and Sub-Saharan region is a stage for dangerous armed movements, representative of international terrorism or organized crime, or sometimes both, putting into challenge adjacent states.
Upon his arrival to Rabat, the last step of his second journey in the Maghreb region, since his nomination, last January, the UN special Envoy has been optimistic concerning the opportunity of a first informal meeting as part of the negotiation process revival. The first four negotiations rounds have been unsuccessful and no modus vivendi has been found. This is why the UNO gets down launching a fifth round to end the deadlock. Consequently, Morocco insists on the centralization of the Western Sahara autonomy plan as a basis for negotiations.
It should be reminded that Morocco has proposed in April 2007 an autonomy plan for the Sahara, coming under its effective sovereignty, since November 1975, date of the Green March launching and the Spanish colonizer withdrawal. Since then, the Moroccan initiative still benefits from the support of many influential countries, among which the permanent members of the Security Council. Indeed, many important capitals find the self-determination referendum, claimed by the Polisario, Algeria and other countries supporting the separatist thesis, illusory and inapplicable and incite the parties in conflict to move towards a consensual solution, insuring all parties’ rights. A state of affairs endorsed by the Moroccan project of internal autonomy for the Sahara, which is summed up in two words: Moroccan sovereignty and Sahrawi autonomy.