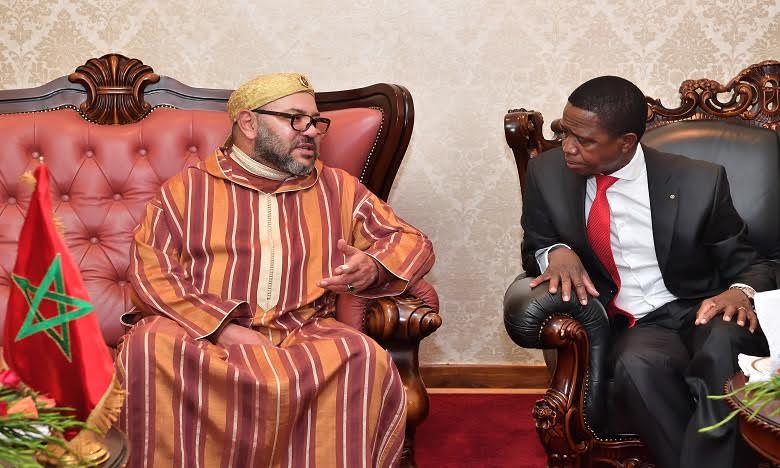 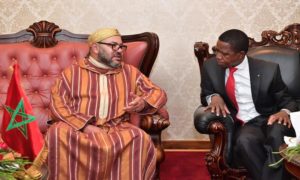 Algerian rulers and the Polisario leaders are caught short by the diplomatic and economic offensive Morocco is staging on the African chessboard, at the initiative of King Mohammed VI.

After he consolidated the standing of his Kingdom in French-speaking Africa and after his country’s triumphant readmission within the African Union (AU), Mohammed VI adopted a very subtle approach of unprecedented rapprochement with English-speaking African countries.

Through this large-scale approach, the Moroccan sovereign seems determined to tackle the problem at its roots, since the pseudo Sahrawi republic “RASD” was created on African soil, in Algeria, and since it is in Africa that the Polisario has most of its supporters.

It is in this context that King Mohammed VI began on Sunday (Feb.19) an official visit to Zambia, which was preceded by similar visits to South Sudan and Ghana. Trips to at least three other African countries are on the King’s schedule.

It is worth mentioning that Ghana and Zambia, both from Anglophone Africa, have long shown hostility to Morocco’s sovereignty, but were among the 28 countries that signed a motion, addressed to the African Union President on 18 July 2016, calling for the suspension of SADR from the continental organization.

It is also worth recalling that the somewhat dubious relationships between the regimes of Algiers and Pretoria have for a long time transformed Anglophone Africa into a preserve of Algeria, that it used in its fierce diplomatic battle against its Moroccan neighbor over Western Sahara.

By ending the policy of the empty chair within the pan-African organization, Mohammed VI showed determination to cast a wide net in Africa, without excluding the few pro-Polisario countries.

No need to say that Morocco has generously extended its hand to African countries for a solidarity-based cooperation and a win-win partnership, while Algeria, with the hydrocarbon sector providing 90% of public revenues, has nothing to offer to the continent, now that it was brought to its knees by the collapse of oil & gas prices.