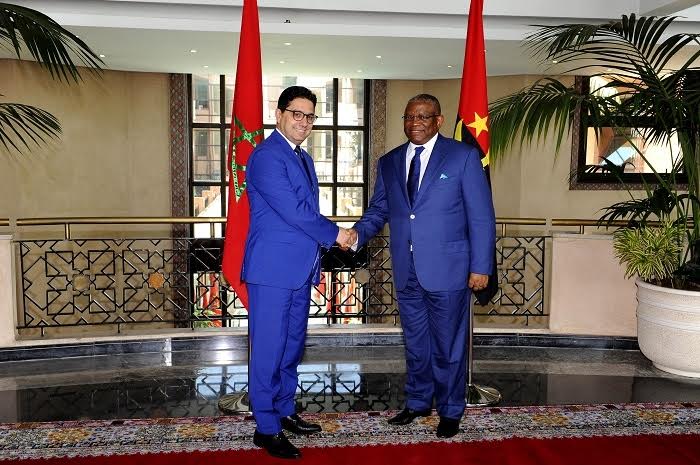 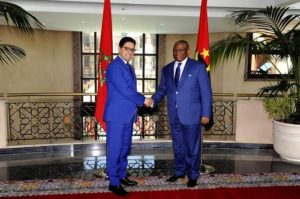 Morocco has made another stride in its rapprochement with Angola, one of the 13 Anglophone countries in Southern Africa that still recognize the so-called Sahrawi republic “SADR” and support the independence claims of the Algeria-backed Polisario Front.

The two countries, which severed relations 20 years ago, have resumed contact in high gear, with the signing on Monday (June 19th) in Rabat, of two agreements. The first deals with the exemption of visa requirements for holders of diplomatic, service and special passports. Under the second accord, the two countries’ foreign affairs departments commit to hold regular consultations on bilateral relations and issues of common interest.

The two agreements were signed during the visit to Morocco by Angolan Foreign Minister Georges Rebelo Chikoti.

A press conference that was held following the one hour long meeting between Georges Rebelo Chikoti and his Moroccan counterpart Nasser Bourita focused on the Moroccan Sahara issue.

Angola has adopted for a long time a downright hostile position to Morocco and its territorial integrity. Lately, however, some change in its positions has been sensed.

On Thursday, June 15, in Luanda, Georges Rebelo Chikoti received the Polisario’s so-called Minister of Foreign Affairs, who tried in vain to dissuade him from visiting Rabat or at least to postpone his trip to after the AU summit of July 4 in Addis Ababa. But Chikoti flatly rejected both suggestions.

During the news conference, Nasser Bourita did not conceal Morocco’s wish to see Angola adopt a position of neutrality in the Western Sahara conflict

For Bourita, this “first visit of an Angolan Minister in nearly 20 years”, translates “a shared resolve to open a new page of our bilateral relations.” Today, Angola “is in a more constructive disposition (…) We hope that this attitude will evolve towards a genuine neutrality on the Sahara issue,” he said.

Recently, Angola undertook, through its Foreign Minister, to make the best possible contribution to help find a political solution to the territorial dispute over the Moroccan Sahara.

Chikoti, while showing some diplomatic reservations, reiterated his country’s desire to promote any kind of dialogue and settlement of the conflict in line with the UN resolutions.

“We can no longer ignore the fact that Morocco has returned to the African family,” he said. “So far, we had a perspective that did not allow us to meet and discuss peacefully.”

After he recalled that the Sahara issue is dealt with at the level of the United Nations, Chikoti said that the primary stakeholders are Morocco, the Sahrawis and the UN.

The remarks made by the two countries’ Foreign Ministers augur well for the opening of a new chapter of friendship between Morocco and Angola.