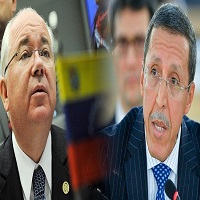 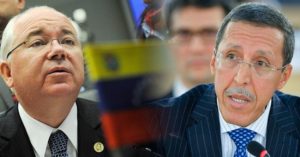 The June session of the UN Decolonization Committee ended in New York Friday (June 23) on a double failure of the Committee Chair, Venezuelan ambassador Rafael Ramirez, and of the Algerian diplomacy with regard to the Moroccan Sahara issue.

The vigilance of Moroccan diplomacy and the mobilization of Morocco’s friends from Africa, the Caribbean, Asia and the Pacific that are member of the Special Committee (C-24) foiled all the maneuvers of the representatives of Venezuela and Algeria. These representatives wanted the C-24 to grant the Polisario the status of a legitimate representative of the populations of Western Sahara.

Morocco’s opponents were forced to withdraw from the draft resolution all the paragraphs introduced by the Venezuelan presidency on the recommendation of the Algerian delegation.

These paragraphs referred to the participation of the Polisario as a legitimate representative of the populations of the Moroccan Sahara and called for a visit by a delegation of the UN Decolonization Committee to these Sahara provinces.

Morocco’s friends insisted on the rejection of the status of representative of the Sahara populations that Rafael Ramirez was maliciously seeking to confer on the Polisario. Seven members of the Committee sent a letter to the Committee Chairman challenging his maneuvers to impose this so-called representativeness of the separatist front.

The Committee members sent a clear message to the Venezuelan Ambassador, to Algeria and to its protégé the Polisario, whose biased attitude has divided the Committee.

The majority of the committee members have thus exposed the personal and ideological agenda of Ambassador Ramirez and his Algerian colleagues about the Moroccan Sahara and the so-called representativeness of the Polisario.

And all the deceptive attempts by the Committee Chairman harming Morocco’s interests and favoring the Polisario were thwarted by Morocco with the support of its friends.