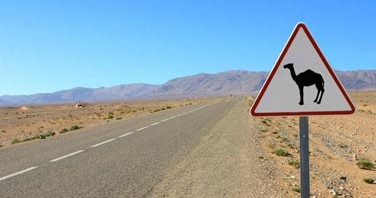 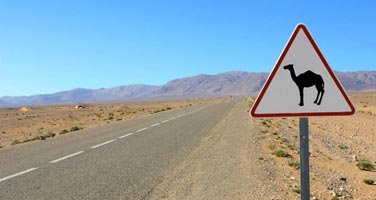 Within its constant and sustainable effort to expand the economic tissue of the Saharan provinces, Morocco has allocated the amount of 1,2 billion dollars of , direct and indirect,  investments, relating to the basic infrastructure and the economic and social activities generating incomes for the people of the Saharan provinces, of the big Moroccan South. Hence, the economic, urban, cultural and social growth of the Saharan cities has become a concrete reality seen, touched and taken part in by everybody. Saharan cities are endowed with strong and performing infrastructure in terms of urban standard, ports and airports, pavements, roads and bridges, schools, colleges, high schools and training centers, dispensaries, hospitals and private hospitals, stadiums, fields and sport rooms, show and hobbies rooms, etc. Indeed, Southern cities enjoy the same conditions as their North homologues. This enormous effort made, within the framework of the South provinces development Agency, exceeds by far what Spain, the occupying power, has invested since 1884.
We are beyond the initial vision of the Sahara of 1975, seen, felt and lived, by the nomad people as well as by those who have chosen to live their as a wide infinite range of   desert, intersected of ill-assorted and badly equipped agglomerations and of water points spread along the Saharan roads taken by the dromedaries and camels.
The current Saharan cities such as Laayoune, Boujdour, Smara or Dakhla are modern cities with all the necessary social and economic components and all the related activities.
This is why Morocco deplores the preconceptions of some NGOs, such as « France Liberté », and the biased relations distilled there in order to give a negative image of Morocco and to discredit the socio-economic development effort continuously made by Morocco in the Southern Saharan provinces. Moreover, the report of Hans Corel, legal consultant of the UNO about the exploitation of the natural resources in the Saharan provinces of Morocco has never questioned Morocco’s competence in this matter neither contested the lawfulness of investment contracts that Morocco has started with international economic partners, but has rather shown that the exploitation of the natural resources of Sahara is made to the detriment of local populations. On the contrary, all that is made is firstly and above all, for the benefit of the populations who live and work there. Morocco, a country of obligations and rights, has sacrificed everything and continues to do so, for the social and economic promotion of the Southern provinces, as part of an absolute right and self-sacrifice spirit for the well-being of these populations, a thing that anybody can see and notice naked-eye, by visiting any city or location of the Moroccan Sahara.