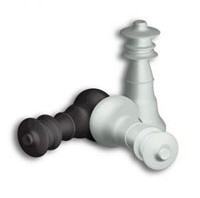 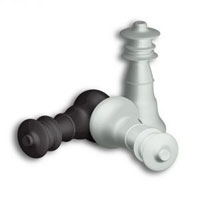 The recent news around the Moroccan Sahara have taken a shape that calls any observer. The abounding part of the news, their intersecting as well as their contradictory interpretation incline to a necessary vigilance, for fear of slips-ups. The Aminatou Haidar issue, plotted by the Algerian government and the Polisario is like a rude machinery with many goals: to denigrate Morocco at a moment where the Advanced Status with the European Union is on the last straight line; to poison the Moroccan- Spanish relations by spreading malicious gossips and disinformation; finally to torpedo the UN negotiation process in the Sahara.
The chosen timing is not fortuitous. Worried about the wide positive echoes that the autonomy plan proposed by Morocco in April 2007 continues to collect, determined also to fight it since the first one, the Algerian government thus starts crossfire. It uses the human rights issue at all levels in order to divert the international opinion from the implementation of a negotiated solution, focusing it on the other hand on fabricated problems. By encouraging a group of the Polisario guerilla sympathizers, domiciliated in Laayoune, to protest, it has succeeded to make of them human rights protesters becoming victims of human rights violations, while they have deliberately and unwisely infringed the law. At the 4th UN Committee, the Algerian delegate and his sidekicks have not stopped making pressure, before and during votes, on the other present delegates to falsify resolutions, and to divert any text project in line with the recommendations of the Security Council about the Sahara.
Unhappy of undergoing repeated failures and impatient to make of the human rights issue the “catchy” theme of consciences, the Algerian government has hence resorted to the Aminatou Haidar issue, unscrupulously orchestrated, manipulated at leisure and exposed as a martyr. Yet, her expulsion from Morocco comes under the law no more no less, as she has publicly insulted Morocco’s dignity by throwing her passport and declaring her refusal to be Moroccan. While she has never in the past stopped to be Moroccan, taking advantage of her rights and privileges, including the total freedom to circulate, to move and to even criticize.
The lack of coherence does not seem however to frighten the consciences which have, here and there, stand up to justify such a parody. As, Aminatou Haidar has chosen not to be Moroccan anymore, she has denied her nationality and challenged the sacred values of Morocco. Why would some urge Morocco to grant her a passport or accept her return? Morocco accepts neither “fifth column” on its territory nor a domestic guerilla front the main characteristic of which is to be manipulated from outside by an Algeria which uses all the available means to stain Morocco’s image.
All these issues, that of the human rights -which Morocco has settled since years-, then of Haidar’s, and finally of the timing, together, are of stupefying clarity. They meet one and only goal: to torpedo the UN efforts, to burry the project not only of negotiations for a political solution, but beyond, that of the implementation of the Sahara autonomy and the construction of the Maghreb that everybody wishes.