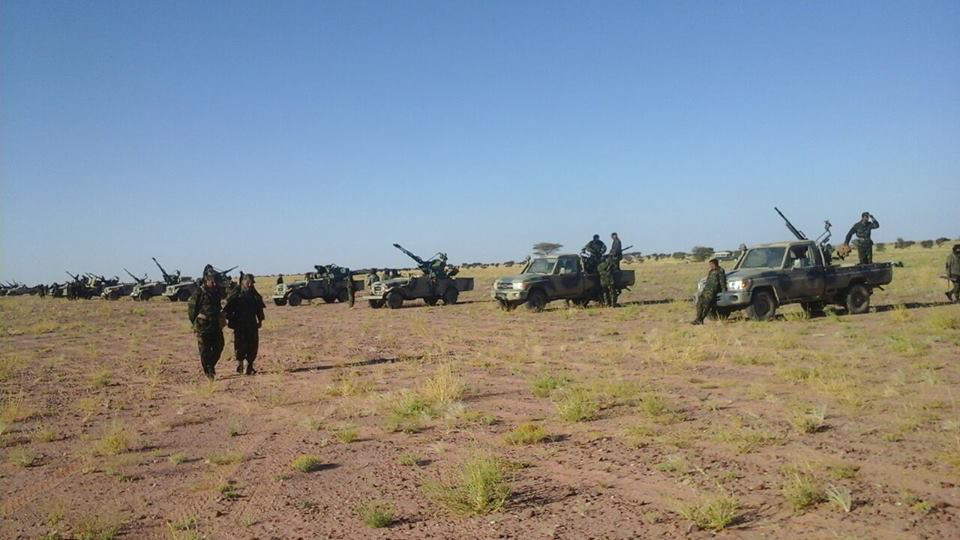 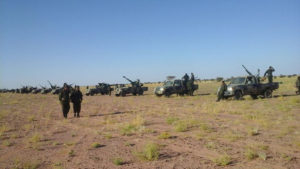 The Polisario Front has threatened for the umpteenth time to resort to arms to achieve its independence claims after it lost ground on the diplomatic battlefield, while Morocco scored resounding successes on the African and European chessboards as well as in the United Nations.

The Polisario military leaders roared, during the military maneuvers of their so-called “Sahrawi army”, organized earlier this week in the buffer zone of Agouinit, that they would resort to arms in their confrontation against Morocco.

The so-called “Sahrawi Defense Minister,” Abdullahi Lehbib, was quoted by the Polisario media as saying that his army was “ready to face any eventuality in order to wrest its right to independence.”

“The Sahrawi army cannot be confined forever to a refugee status”, he said. According to a well-informed source in Tindouf, his comment translates the exacerbation of Algerian rulers, who have been reportedly exerting more pressure on the Polisario leadership to find a way to decamp from the Algerian territory.

Algerian leaders are seemingly growing tired after more than 40 years of diplomatic, military and financial support to the separatists, adds the same source.

This is all the more so as the Algerian government is currently going through an unprecedented economic and financial crisis with the depletion of the oil windfall and is no longer able to bear the heavy burden of the Polisario and its refugees in the Tindouf camps, explains the source.

Today, Algerian leaders are more concerned over a possible internal social unrest that could plunge the country into a serious situation similar to the bloody black decade of the 90s, rather than over the fate of the Polisario.

Meanwhile, Morocco’s offensive diplomacy, spearheaded by King Mohammed VI, seems to bear fruit with the growing isolation of the Polisario on the African continent, where the separatist Front continues to lose its few remaining supporters.