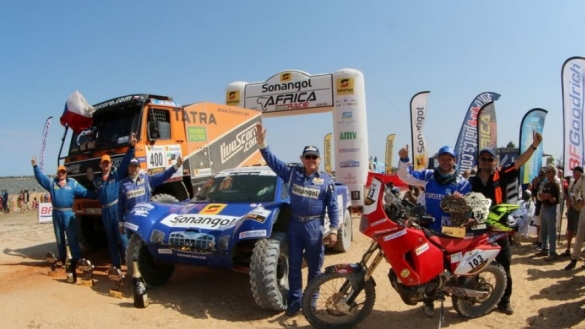 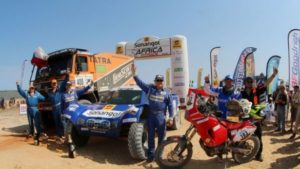 The Polisario Front suffered a stinking failure in its attempts to deter the participants in the Africa Eco Race to cross on Monday (January 8) the  Guerguerat border post between the southernmost tip of the Moroccan Sahara provinces and Northern Mauritania.

Actually, the crossing went on smoothly under the watchful eye of the MINURSO peacekeepers, despite the Polisario’s threats.

The hundred or so competitors left Monaco on December 31 and are to end their race in the capital of Senegal, Dakar, on January 14, after crossing Morocco and Mauritania.

After a day of rest Sunday in Dakhla, the participants, driving cars, trucks or motorcycles, began Monday afternoon a new stage linking the Mauritanian towns of Boulanouar and Chami.

Since the beginning of this month, some armed elements of the Polisario, on board two pickups, have been positioned in the buffer zone of Guerguerat, in violation of the ceasefire agreement, in force since November 1991.  And in a video published on January 7, a Polisario militiaman threatened to prevent the participants in the Africa Eco Race from crossing Guerguerat.

However, the United Nations was not long to respond to these provocative acts. After he received Friday a letter of protest from Morocco, the UN Secretary-General Antonio Guterres said on Saturday that he was “deeply concerned” by the tensions created by the new intrusion of the Polisario in this zone supposed to be under the control of MINURSO.

In this context, the Secretary-General called, in a statement relayed by his Deputy spokesman, Farhan Haq, on the parties to the conflict “to show utmost restraint and avoid escalation of tensions”. He warned the Polisario against obstructing commercial traffic flow between Morocco and Mauritania, and called on the front to retreat from the area.

“Regular civilian and commercial traffic should not be obstructed and no action should be taken, which may constitute a change to the status quo of the Buffer Strip,” Guterres said in the statement.

The Polisario and its Algerian mentors have thus suffered a new bitter failure. And as they continue losing ground diplomatically, they seek to drag Morocco into an armed confrontation.