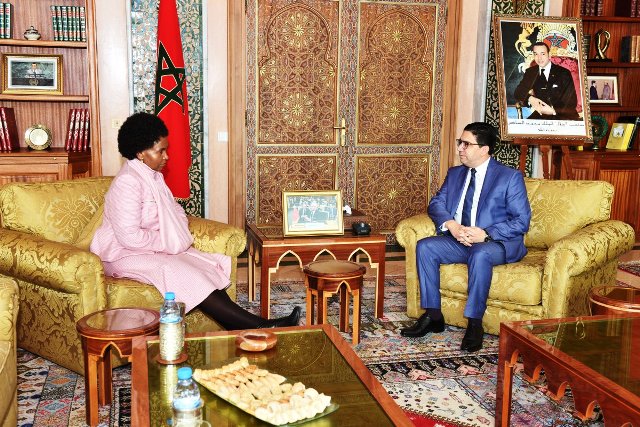 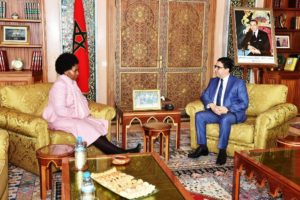 Morocco is set to gain a seat in the African Union’s Peace and Security Council, a body entrusted with conflict prevention and peacekeeping in Africa, but whose leadership has been monopolized by Algeria.

Since its creation, the Council has been chaired by an Algerian and was often prompted by this chairmanship to act against Morocco’s supreme interests, particularly when it comes to its Western Sahara provinces.

The idea to ??integrate Morocco into this body of the Pan-African organization was first announced by Moroccan Foreign Minister Nasser Bourita at a meeting with his South African counterpart Maite Nkoana-Mashabane on the sidelines of the Ministerial Conference on Migration held on January 9 in Rabat.

During this meeting, described as “frank and cordial”, the heads of Moroccan and South African diplomacy brought up the appointment of new ambassadors in Rabat and Pretoria and discussed ways to revive cooperation between the two countries, after a long rupture that followed South Africa’s recognition of the Sahrawi Republic “SADR” in September 2004.

Nasser Bourita also explored with Ms. Nkoana-Mashabane ways to “reduce South Africa’s aggression against Morocco. According to an informed source in Rabat, Morocco’s willingness to join the AU Peace and Security Council actually falls in this context.

The Peace and Security Council is made up of fifteen members. Ten of the members are elected for two years and the five others for three years.

The Council has been chaired, since 2013, by Algerian Ismail Charki, who last March named Joaquin Chissano to the position of High Representative of the AU for the Sahara. He entrusted him with “facilitating direct talks” between Morocco and the Polisario, a hardly veiled maneuver aimed at sidestepping the settlement process of this territorial dispute led exclusively by the United Nations.

After it reintegrated the African Union at the end of January 2017, Morocco has a strategic interest to be represented within the Peace and Security Council and in all the other decision-making bodies of the Pan-African organization to better defend its interests and stand in the way of its opponents.