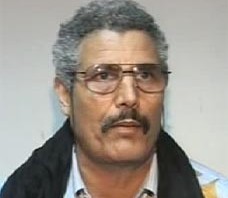 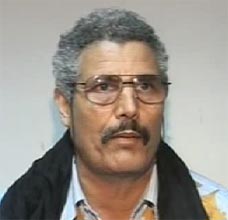 In a declaration with which the Qatar tv channel “al Jazeera” started all its news, the representative of the Khatt Achahid movement (the Martyr Line ), Mahjoub Salek, has declared that “the Polisario Front leaders have till 12 October to open a constructive dialogue which should determine what the populations living in the camps really want in “a democratic and free way”, otherwise the Line of the Martyr would have to negotiate directly with Morocco, under the UN auspices. While Morocco and the Polisario Front should theoretically meet each others soon for a second round of informal discussions in Austria, the declarations of Mahjoub Salek, one of the Polisario founders, came to change in part the state of affairs. Thinking that the present leadership is not less than an organization of “traders”, the leader of khatt achahid maintained that his movement would assume its “historical responsibility” if the Polisario Front  refuses to start a constructive dialogue , and would undertake “direct  negotiations with the Kingdom of Morocco” in order to help the Sahrawi populations living in Tindouf to get out of this disastrous situation which is theirs since 35 years. The message, it seems,  is addressed to two parties, since Salek has insisted on the “free” aspect which should characterize the dialogue between his organization and the Polisario, making thus allusion to the role played by Algeria in maintaining the status quo.
What would be the place reserved for this new involved party in the Sahara issue? This is the question that some observers close to the issue ask, while being in front opposition with the Polisario leadership, and making a call from its Sahrawi HQ, Mahjoub Salek has got over an additional  level… the one which leads to the complete break-up?