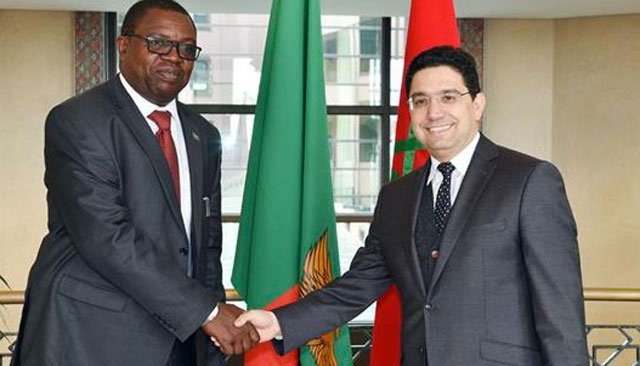 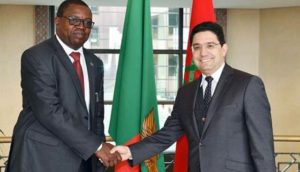 Zambia has reaffirmed on Thursday (March 1) that it no longer has any relations with the so-called sahrawi republic “SADR” after it withdrew its recognition of the puppet entity in July 2016.

“Lusaka no longer maintains bilateral relations with SADR” and Zambia’s diplomatic missions “will inform hosting countries and international and regional organizations” of this definitive break up with the so-called “SADR”, said Zambian Foreign Minister Joseph Malanji, at a joint press conference with his Moroccan counterpart, Nasser Bourita, in Rabat Thursday.

The head of Zambian diplomacy is currently on a working visit to the Kingdom at the head of a large delegation.

During their meeting, the two ministers expressed their shared will to strengthen relations between Morocco and Zambia, including in political and economic fields.

Nasser Bourita, on his part, underlined that relations between Rabat and Lusaka have witnessed a “strong evolution during the last two years”, especially since the visit of King Mohammed VI in Zambia in February 2017, a visit that was crowned by the signing of 19 conventions and economic partnership agreements.

Shortly after the royal visit to Lusaka, Joseph Malanji confirmed the withdrawal of “SADR” recognition of by Zambia.

This decision was of great political and diplomatic importance for the Moroccan Sahara issue, because Zambia is located in English-speaking Africa, where the Polisario has the largest number of countries that still support its chimerical territorial claims over the Moroccan Sahara.

Long before the return of Morocco to the African Union in January 2017, King Mohammed VI made a geostrategic breakthrough towards Anglophone Africa that resulted in an unprecedented rapprochement between the Kingdom and these countries.