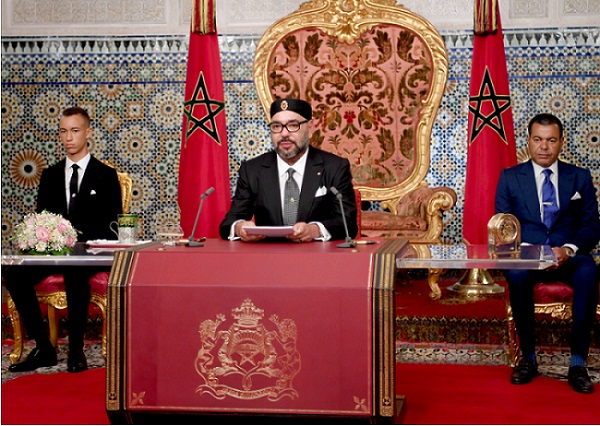 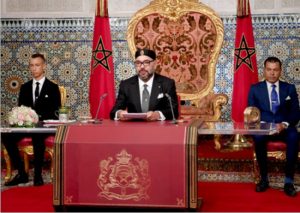 Morocco remains confidently and responsibly engaged in the momentum launched by the Secretary-General of the United Nations, in cooperation with his Personal Envoy, on the issue of the Moroccan Sahara, said King Mohammed VI Monday.

In a speech addressed to the Nation on the 65th anniversary of the Revolution of the King and the People, the sovereign, who dwelt on the issues of Moroccan youths’ employment and training, also tackled the Sahara issue, which is one of the priorities of the foreign policy of the Kingdom.

The recent resolutions adopted by the Security Council and the African Union Summit, he recalled, “unequivocally confirm the exclusive competence of the United Nations to supervise the political process”, contrary to the allegations of the Polisario and its Algerian sponsors who seek to give the African Union a role in this matter.

The Monarch also seized the opportunity to express his thanks and consideration “to the brotherly African leaders, who have reacted positively with the principled positions of Morocco, and who have responded favorably to the appeal that the Security Council has launched to members of the international community to support its efforts.

This commitment “is based on the same frame of reference I set out last year in my address on the occasion of the anniversary of the Green March speech,” he said, expressing satisfaction that “there is increasing compatibility between these principles and the stances adopted by the international community”.

In the same context, the King of Morocco pointed out that the spirit and values of the 20th of August, and the unanimity, cohesion and sacrifices underpinning it, are the same as those that galvanize Moroccans whenever it comes to the question of the Kingdom’s territorial integrity.

This revolution conveys a positive message: Although it took place in difficult circumstances, it was an enlightening revolution. It taught Moroccans the true meaning of patriotism and helped us move forward, said the Sovereign.